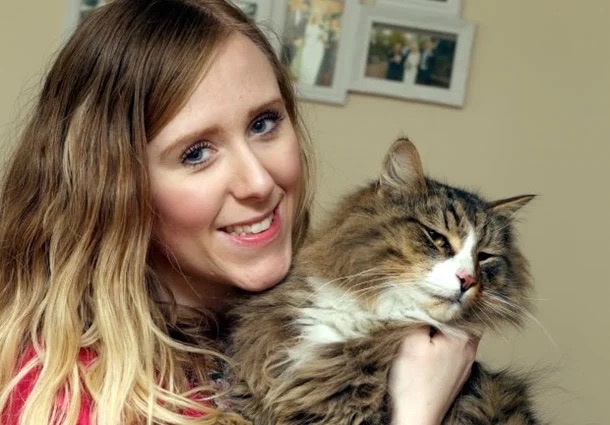 Jontana and Tanya Airos from the USA had two cats, the youngest of which was Clive. Clive was 9 months old, he was handsome and fluffy, but he lacked obedience. The cat constantly tried to run away from the house, but most often his escapes were prevented. Once Clive still managed to sneak away and after this walk he never returned home. Tanya and Jonathan searched for their pet, but their efforts came to nothing. 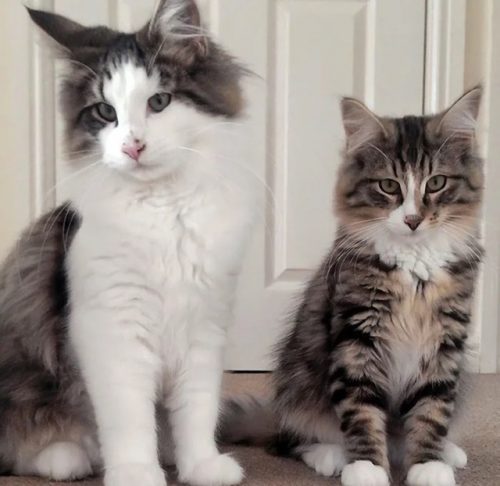 The story was continued only 15 months later, when Tanya received a call from the shelter and was told that Clive was with them and she could pick him up. Arriving at the shelter, the girl immediately noticed Clive in one of the cages. To Tanya’s surprise, during the separation, Clive became twice as big as at their last meeting.

As it turned out, the last 14 months Clive did not wander the streets at all, he found a home for himself in a factory that produces animal food. The factory is located near Tanya and Jonathan’s house. Employees of the enterprise said that they often saw Clive on the territory of the factory, especially the cat liked to be near the warehouses of finished products. It also turned out that sometimes damaged food bags were found in warehouses, so there is no doubt that the cat ate well during its wanderings. Employees, according to them, did not attach any importance to the cat walking around the factory yard. 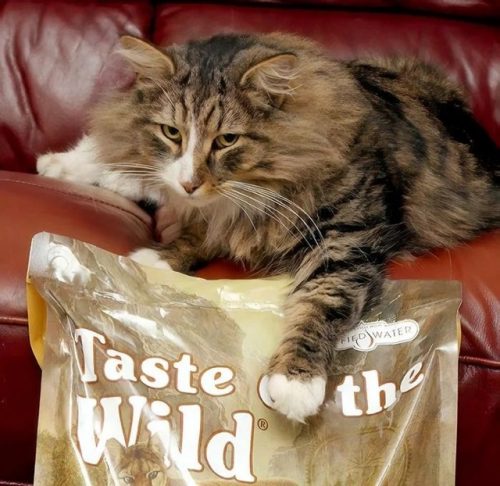 Everything changed when the cat caught the eye of someone from the directorate. The authorities immediately ordered to catch the cat, but the workers did not succeed in doing this. Clive deftly hid from people and only fell into a special trap with food brought from the shelter. When Clive ended up at the shelter, he was examined by a veterinarian and found a chip that could identify the owners of the cat and contact them.