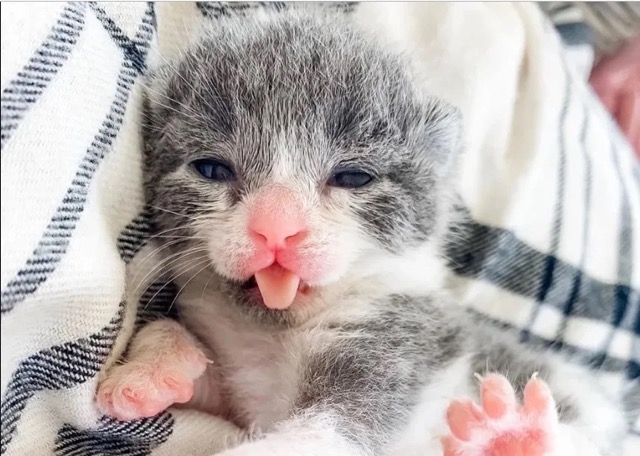 In early autumn, Jessica West from Florida saw a post on social media about a small kitten that needed urgent help. The cat is about two days old. 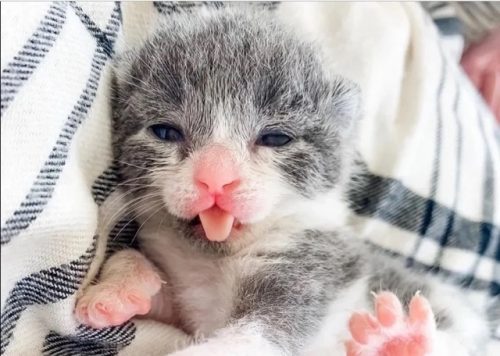 Jessica immediately responded to the post and offered her help. The next day, she and her daughter went to pick up the baby. The cat was incredibly hungry. The first thing Jessica bought was a syringe and milk replacer.

“The first time we syringe-fed him was at a gas station,” Jessica says. 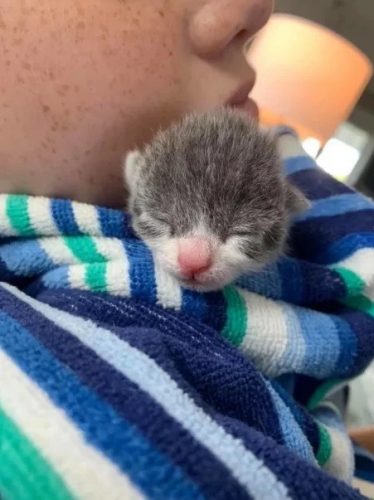 The cat was nicknamed Mr. Little Pants. The kid from the very first day showed his fighting character. The kitten swallowed everything that was in the syringe. It was clear that he would fight for his life and be sure to recover. 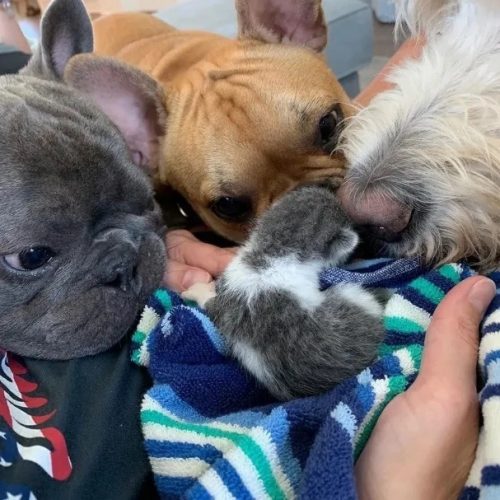 The cat’s eyes were still closed and the remainder of the umbilical cord was hanging, but he could crawl without problems. 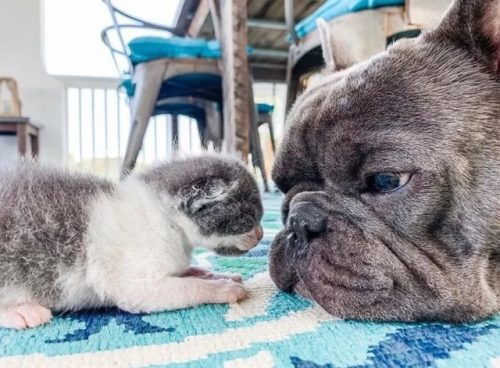 When Jessica brought home a kitten, three dogs that lived in her house ran out to meet her.

Pets under the control of Jess began to get acquainted with the new tenant. A dog named Annie licked the kitten’s face. She seemed to want to play the part of his mother. 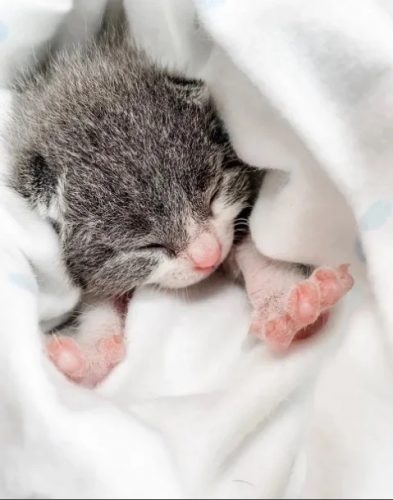 Salvador always comes to the kitten’s meow to see if anything bad has happened to him. 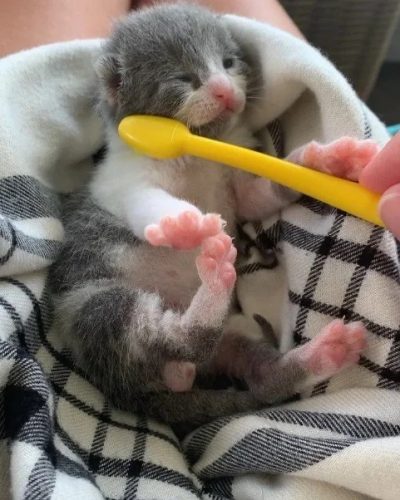 “As soon as the cat starts meowing, they immediately come running,” says Jessica.

Although the kitten’s eyes are still closed, he is trying to find his mother, brothers and sisters. Jessica does her best so that the cat does not feel lonely. 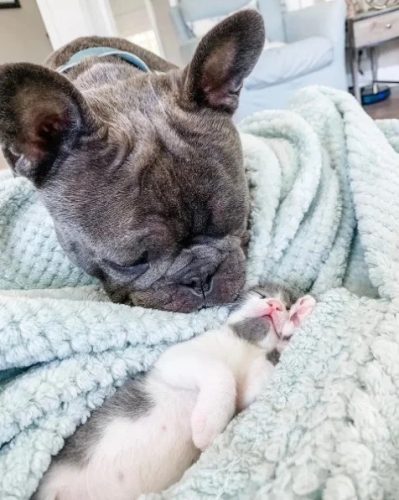 Within a few weeks, the baby grew rapidly and developed. When he first opened his eyes, the dogs were there. 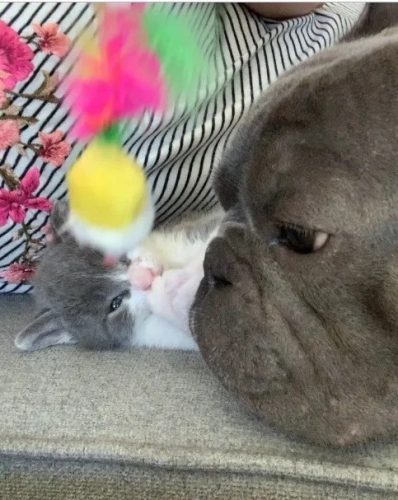 When the cat grew a little, Jess allowed him to cuddle with dogs under her control. It was clear that such communication is beneficial to the kitten. He feels needed and loved. 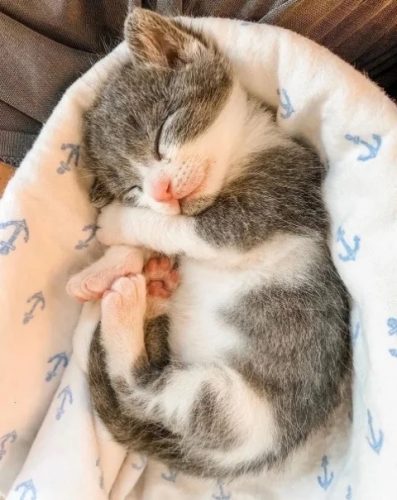 The kid loves his canine friends very much. He sleeps with them, plays and spends time. Dogs are very affectionate towards the kitten, they hug and lick it.