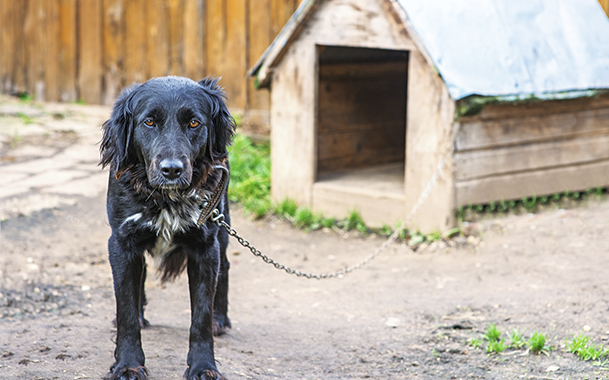 For five years of his life, Grand was chained to a rusty chain, sleeping in a rotten booth and eating leftover food from the table, often rancid and filled with flies.

When the dog’s patience ran out, he released himself from the collar and ran away. When the Grand caught the eye of people, they were sure that he was a tramp, because no one could even imagine that a domestic dog could be so thin and dirty. 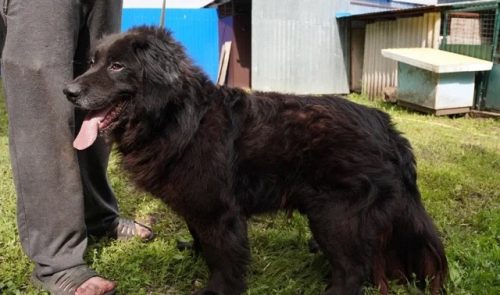 On the street, the dog also had a hard time, but here he was more likely to beg for a bone or other food from people than to get a normal dinner at home. True, stray dogs often took away from him the little food that he managed to find.

Grad made another escape from the house in the dead of winter. This time the dog decided that he would not return home anymore, because the attitude towards him, already terrible, only got worse. In addition to bad conditions and obscene words, assault was also added. 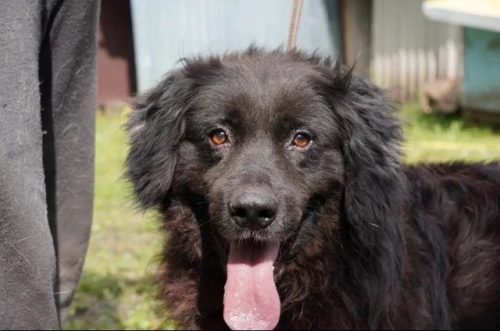 The dog spent a week outside, sleeping in snowdrifts. Soon his tangles were covered with icicles, and he became even more exhausted than before.

It was this moment that Granda noticed the girl. First, she decided to feed him. Every day the girl brought food to the dog, and he always thanked her by giving her paw. 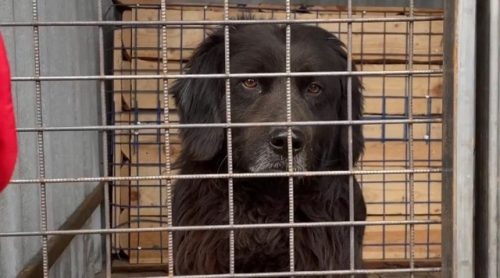 Unfortunately, not all of the girl’s neighbors were happy with the appearance of a homeless animal in their yard. Many tried to drive away or offend the animal, so the girl began to fear that the animal might be harmed. The girl turned to me, asking for help, because Grand was in danger. 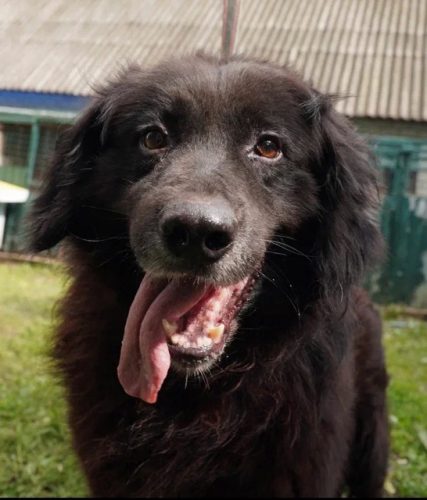 I took the dog and took it under my care. The Grand is a beautiful dog that clearly has an admixture of a retriever. While he lives in the aviary of the zoo hotel and is very happy with such changes, because now he is always full, warm, and people take care of him, and do not try to offend.