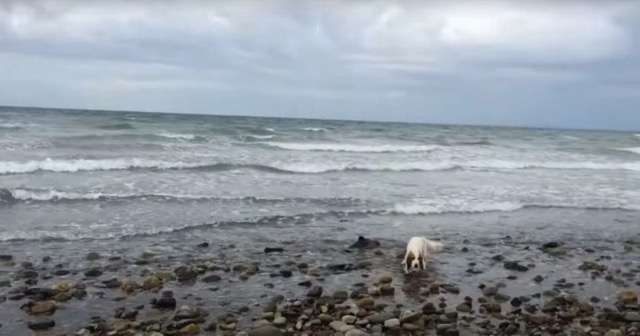 This story happened almost 7 years ago in Britain. On a clear day, of which there are very few here, Rich, a fisherman from the Welsh city of Cricket, decided to take a walk along the shore of the bay. He took his springer spaniel Leia for a walk.

A walk along the seashore is a great rest even in cloudy weather: the sound of the waves soothes, the salty sea air allows you to breathe deeply. Rich walked leisurely along the water’s edge, Leia ran close to him, exploring the sand on the shore. Suddenly, the dog looked up from his work, ran up to the very water and barked, trying to attract the attention of the owner and call him closer to the water. 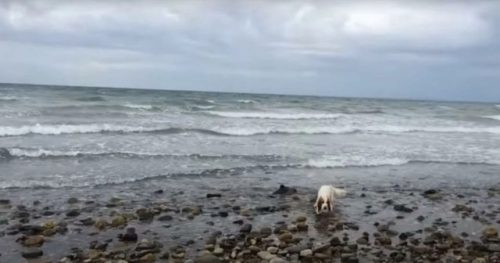 Rich decided to check what had so alarmed the animal and approached him. The man immediately noticed a small dolphin near the shore, which was in trouble.

This moment was described by Rich Wilcock: “I calmly walked along the shore, enjoyed the breeze and took pictures. One of the shots caught the moment when Leia noticed something unusual in the water and started calling me. As I headed closer to the sea, the dog ran up and even pushed me a little, demanding to hurry up. At first it seemed to me that a baby shark was lying in the water near the shore. But looking closer, I realized that it was a small dolphin. On the head of the dolphin, I saw traces of trauma and realized that the animal needed to be helped as quickly as possible. 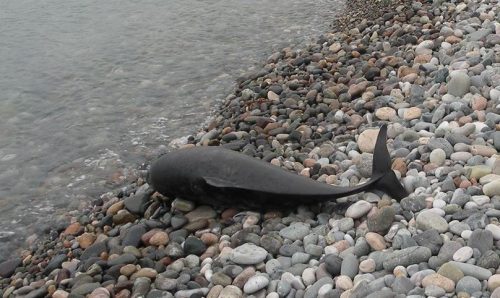 The man wanted to call rescuers, but there was no mobile phone network on this stretch of the beach. Then Rich realized that the only chance for the baby dolphin to survive was to return to his element as soon as possible and only he could help him.

The man took the dolphin in his hands and tried to push it deeper into the water, but the baby was so weak that he did not understand at all what he needed to do. The man continued to push the baby further from the shore, explaining that he needed to swim. Only the third attempt was successful — Rich was quite deep in the sea, and the dolphin, feeling in its native element, swam away.