Husky Banner is a true hero, having saved more than one life. While walking in the woods, the dog found a box containing kittens. Someone decided to get rid of the children and locked them in a box, took them to the forest, away from people. Banner not only found the box, but forced its owner to go help him. Whitney is 30 and only uses a wheelchair. 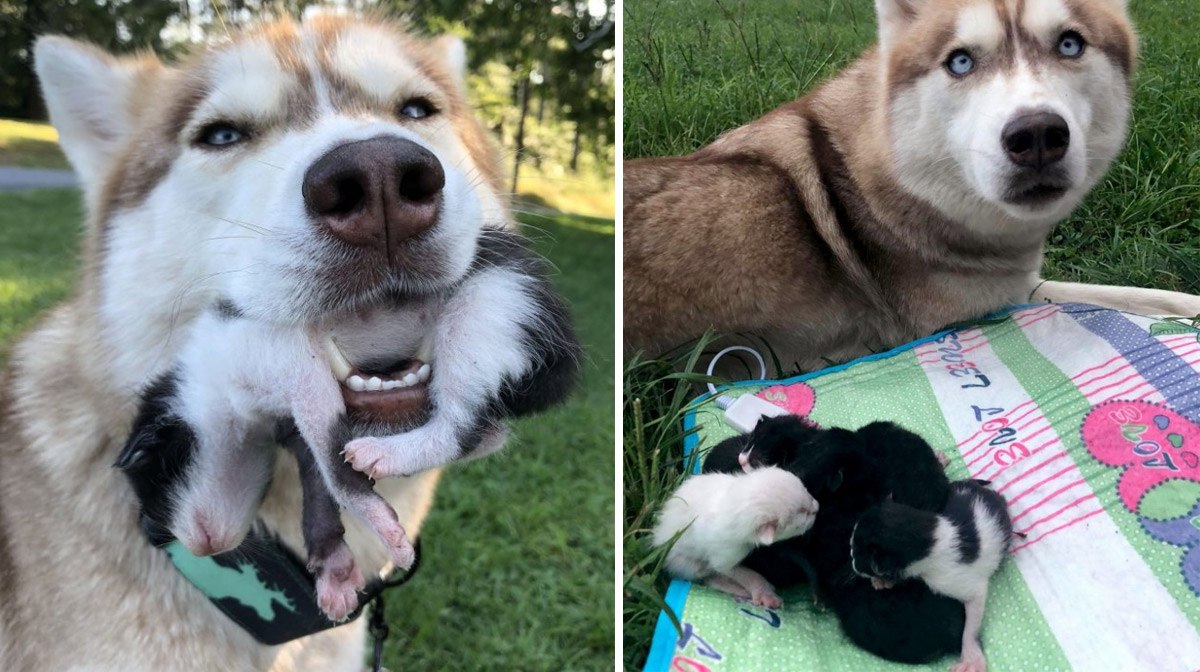 She has had a banner for many years, the husky helps her and is her good friend and companion. One summer day, Whitney and Banner were walking near their house in a dense grove. Banner behaved unusually, often worried, and during the walk she became very nervous.

The dog tried to call his mistress in the bushes and did not back down until the woman complied with his request. The woman followed the dog to the trees and saw a box there. 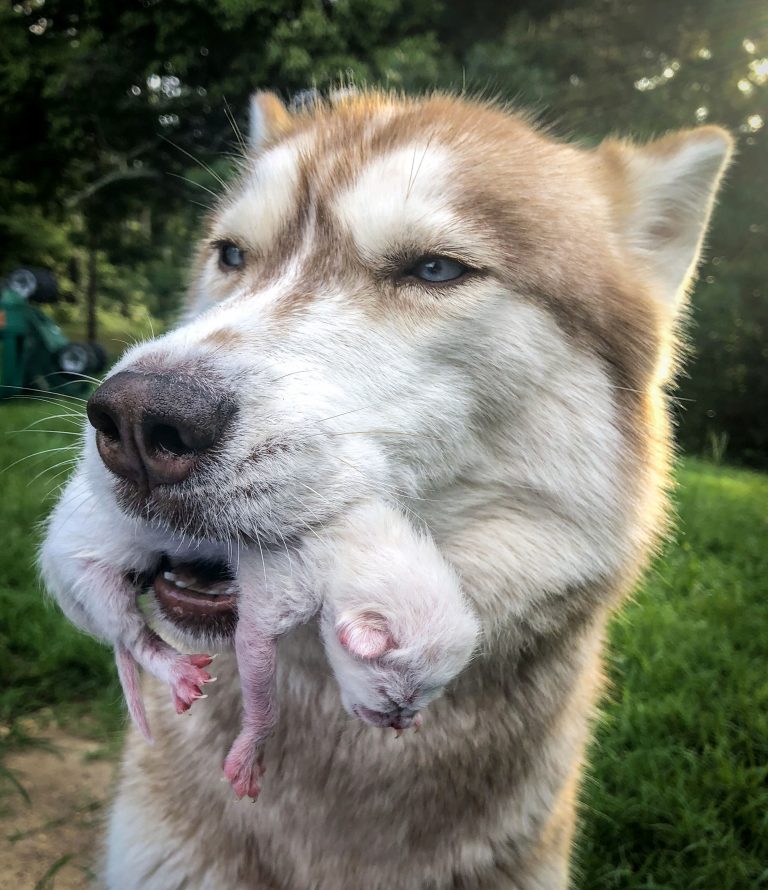 The box stood far out of the way and passers-by could not accidentally notice it, probably whoever put it here was trying to hide it from prying eyes. Whitney looked into the box and saw the kittens inside.

The animals were small and weak, but they were still alive. The woman took the box with her and took it home. The husky house immediately began to take care of the babies, licking them and placing them comfortably. It seems that Banner has decided that she will become the mother of these babies. “Banner started to worry, I didn’t understand what had happened. 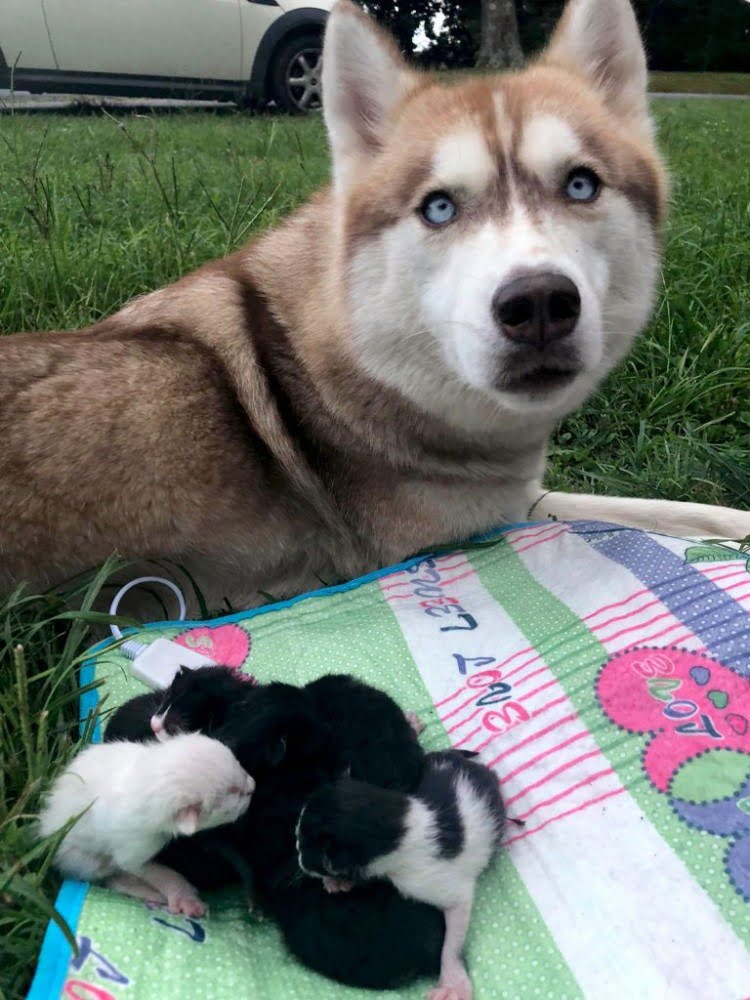 I constantly asked him to calm down, to sit quietly. Usually she follows commands right away, but this time was different, so I quickly realized she had reason to be concerned. As soon as I opened that box, Banner immediately dove in with his muzzle and pulled out one of the kittens,” Whitney recalled that day.

The woman says the lid of the box was tightly closed, so the children had no chance of escaping on their own. Whitney is convinced the babies were brought to the grove to die, because when they opened the box the crumbs didn’t even have the strength to cry, they just huddled together, trying to get warm .

Whitney decided to help the kittens, she managed to find them a foster cat, who took care of some of the baby care. Banner also didn’t give up her new protections, she was constantly next to them and helped them warm up.

“I can’t imagine who could be so ruthless in dooming kittens to a painful death. Now that they are safe and being taken care of, it makes me very happy,” says Whitney. 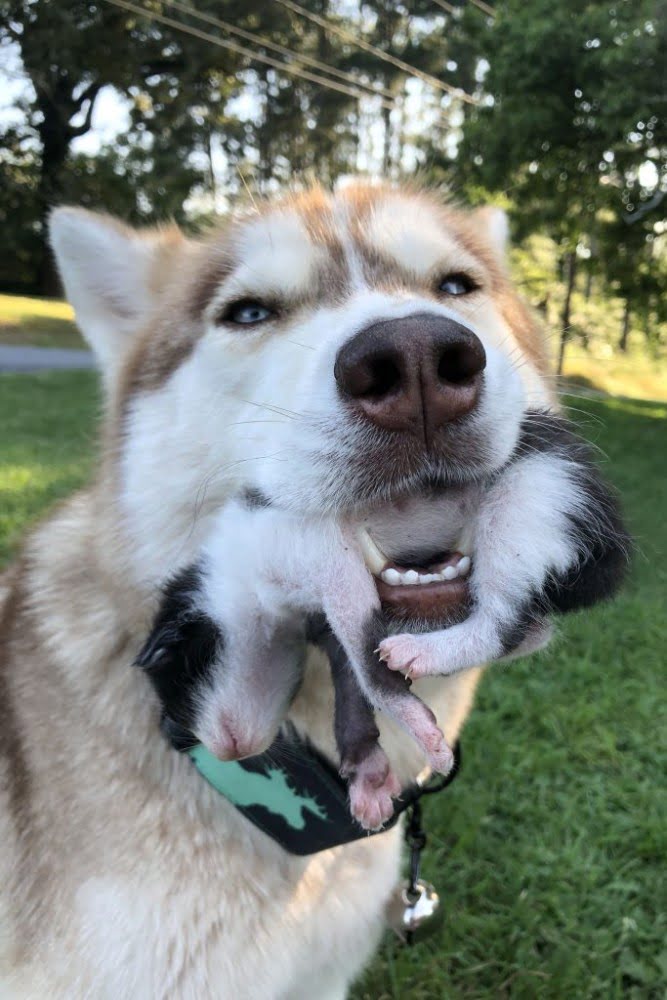