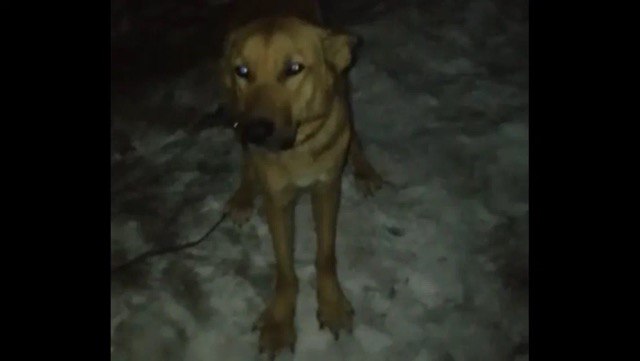 We got a call and were told about a dog that was seen in the industrial area. The dog sat tied to the tank, it was seen for several days and all this time no one came to feed it. Later we learned that the dog was tied to the tank with a leash, it was so short that she could not move normally and was very cold. Despite the cold and hunger, the animal did not allow people to approach. 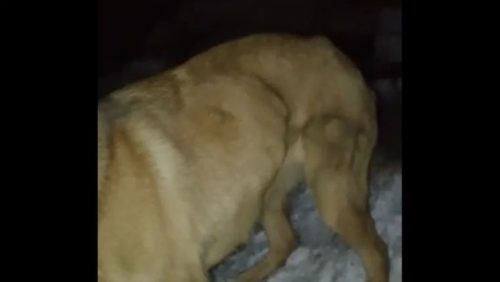 The dog was emaciated and seemed to have not eaten in days. Volunteers went to help the animal. They brought food to the dog and as soon as the food was near the animal, it immediately pounced on the treat and ate them in the blink of an eye. It looked like the dog hadn’t eaten in a long time. 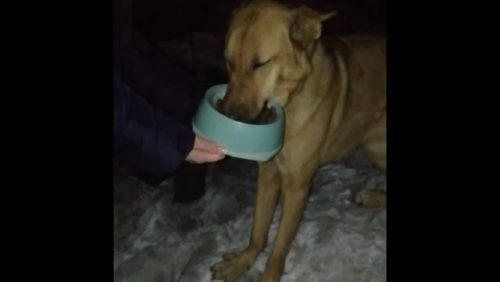 After eating, the animal became kinder, the girls were able to untie the leash and take the dog to the shelter. Employees determined that it was a girl, no more than a year old. 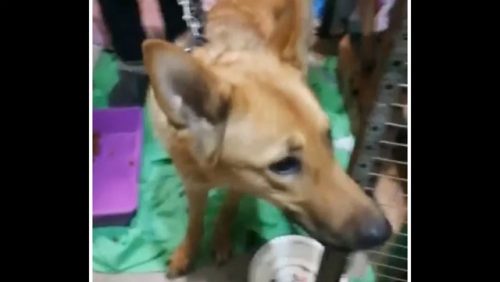 The dog stayed at the shelter, she eats and sleeps, restoring her strength and trying to forget about the past. 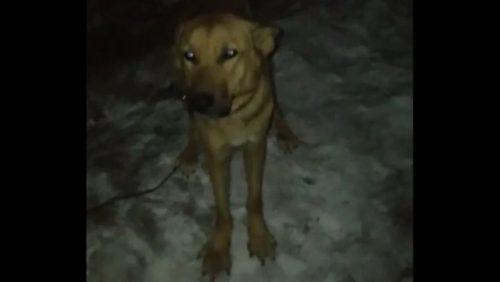 I want to ask people to remain people again, no matter what happens. We all live in the same country, study according to the same school curriculum, but some were able to keep a person in themselves, take care of people, animals and nature, while the hearts of others became hardened, closed to everything beautiful that is around us.