Joule and Kelvin are truly inseparable, they keep company when their family is not at home and thanks to a series of videos, we can appreciate how Kelvin calms Joule’s anxiety due to his anxiety.

Joule is a very sweet dog who hates loneliness, she is always anxious when her family is not around, but luckily she has the company of an unconditional friend named Kelvin, who takes care of comforting her as we can see in a series of videos captured by a camera installed at home.

A camera captures a cat comforting an anxious dog while the family is away.

Brenna Eckert saved Joule four years ago. Kelvin for his part was adopted shortly after and since then, this red tabby cat has always been characterized by his great kindness.

Joule was very anxious when we first adopted her. We work one-on-one with a canine behaviorist to help with some of their issues.

A cat comforts an anxious dog. 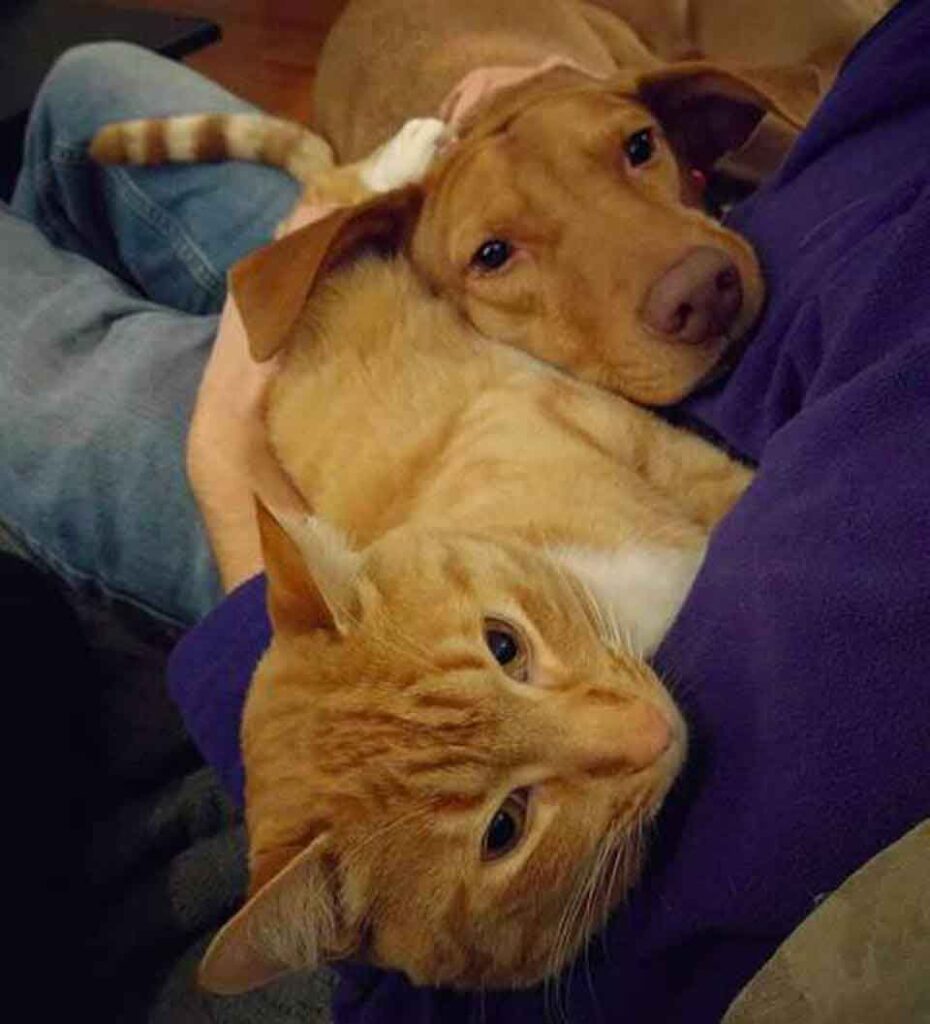 It’s definitely a Velcro dog. When we are at home, she always needs to be near us. The animal shelters had each given a temporary name before we adopted them. Kelvin’s shelter name was Socks and Joule’s was Sandals. How ironic that socks and sandals make such a great pair!

When they were adopted, Brenna had never imagined the beautiful relationship that could be born between them, until the day she decided to install cameras to make sure that everything was fine while she was away and she had a big surprise.

The little cat takes care of gently comforting Joule throughout the day. 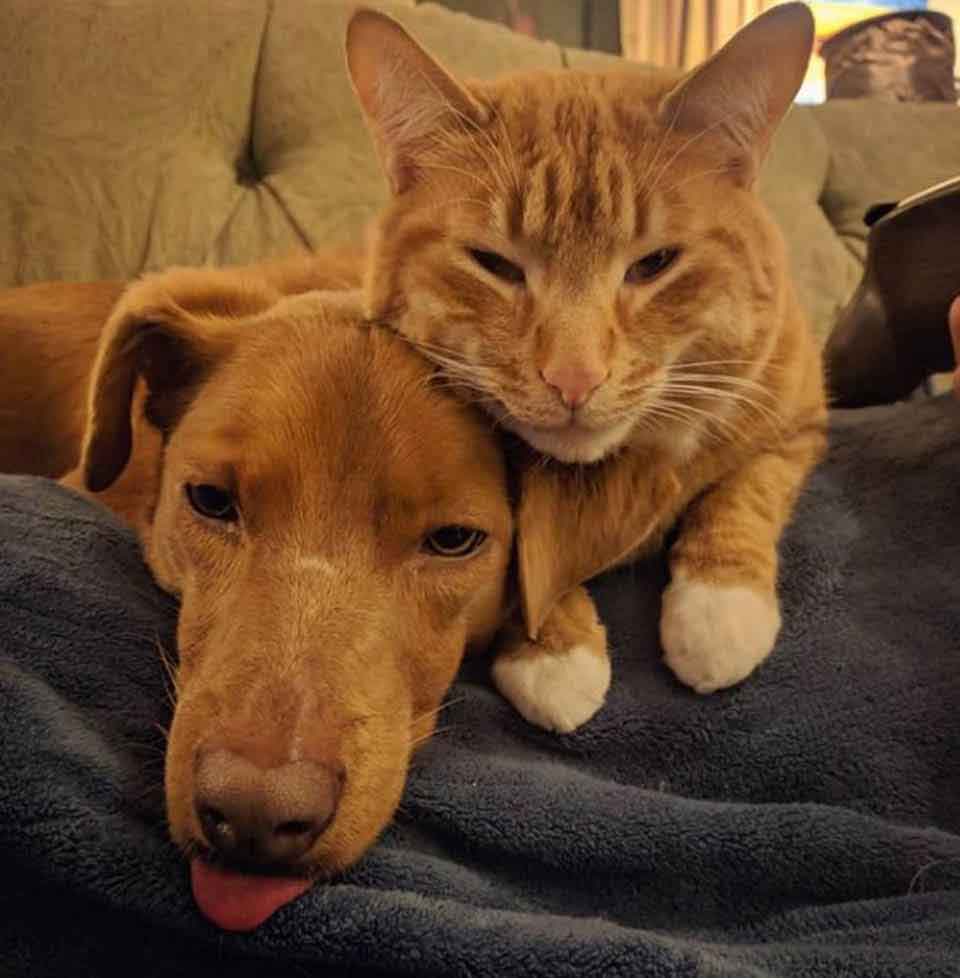 We noticed that Kelvin and Joule were lying on the sofa almost every day. I moved the camera to get a closer view of the couch and was surprised to see that they weren’t just sharing the couch, but snuggling up together.

The videos moved Brenna and she decided to share them on social media with the following message:

This literally happens every day of the week for the full 8 hours we’ve been away. 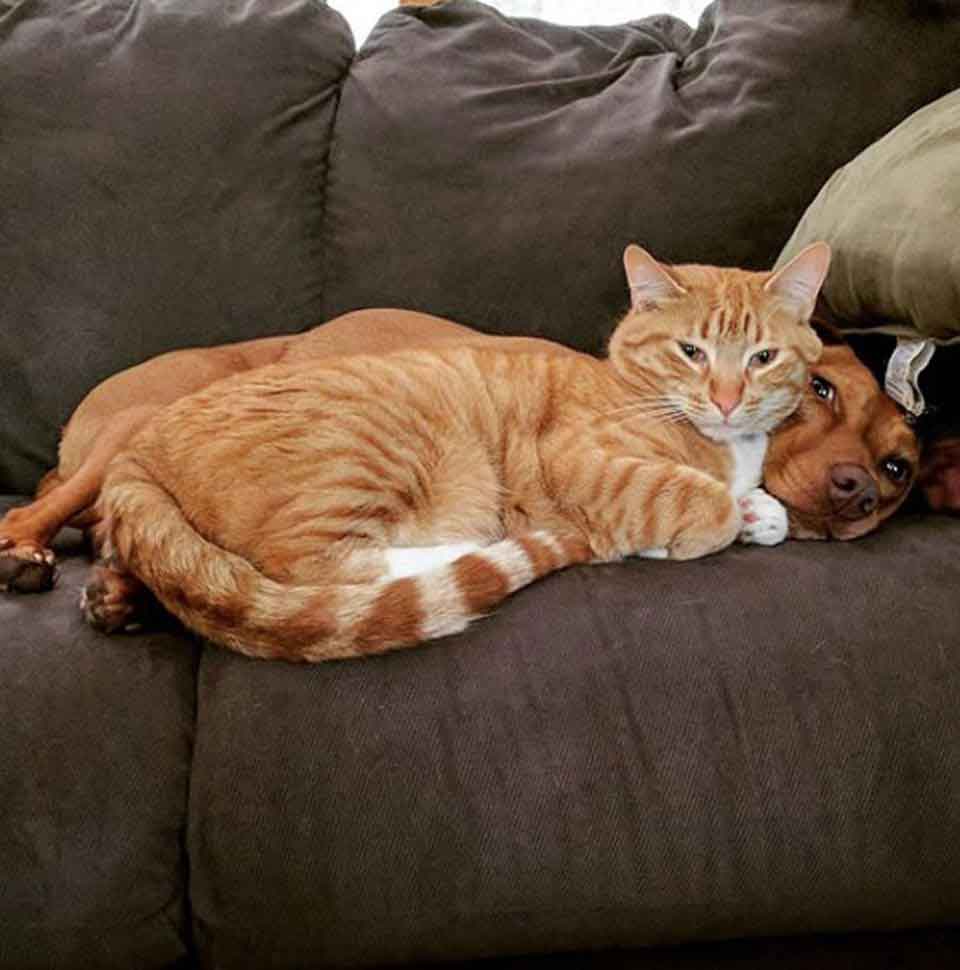 Not only is Joule sad to be alone, Kelvin also misses Brenna when she’s away, but with Joule by her side, everything seems to be going well.

Kelvin’s personality is very sweet. He loves to sleep and stay warm, and they both cuddle up next to Joule during the day.

The camera videos managed to demonstrate the beautiful friendship between these two animals, otherwise everything would remain a secret between them. 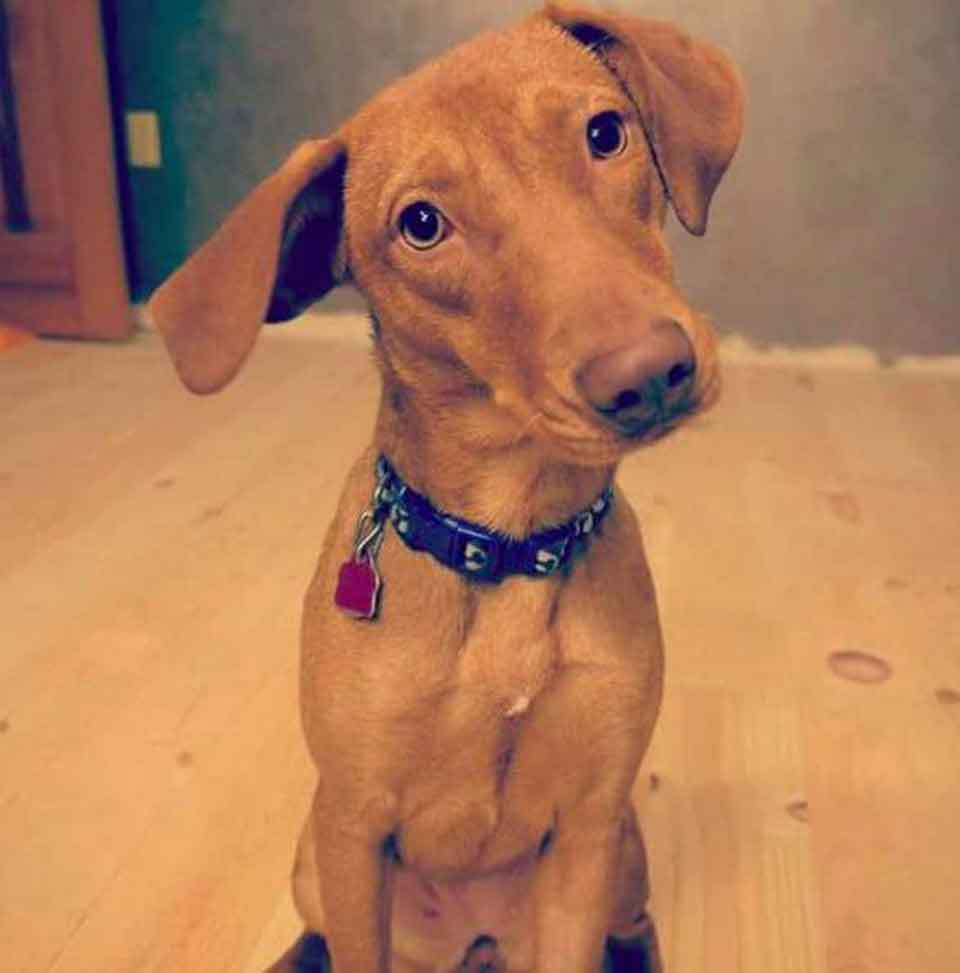 They only snuggle up like that when we’re not around. If we’re home, Joule wants to be with us, so she basically ignores the cat.

They also love to snuggle up on the sofa when the whole family is together.