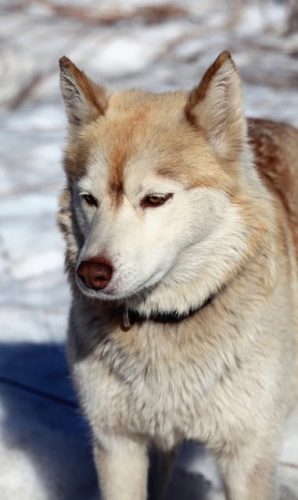 Eventually we came across a puppy begging food from passers-by on the street. They called her Beloshka. 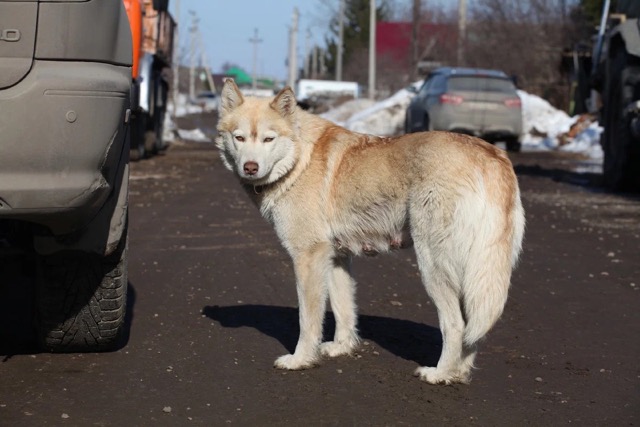 Previously, she had a home and owners who probably beat her or yelled at her. The girl was very scared and avoided people, so it was very difficult to catch her. Husky only trusted a girl who managed to find the puppies their mother had carefully hidden. The squirrel hid its young in an abandoned house on the outskirts of town. 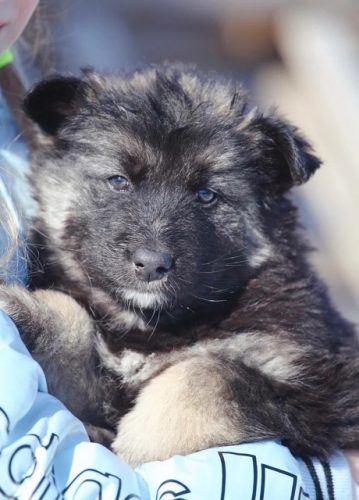 In this isolated place, 7 puppies appeared at the same time
Judging by the size of the cubs, they are about two months old. However, the white female turned out to be an excellent mother, as all the babies are well fed and healthy.
A local female agreed to feed the puppies and my friend helped prepare the food. We plan to treat and vaccinate the animals in the near future and have already purchased the necessary drugs.
Three of the puppies have already found new homes. The puppies that looked like their mothers were the first to be picked up, as it was immediately clear that they were huskies. 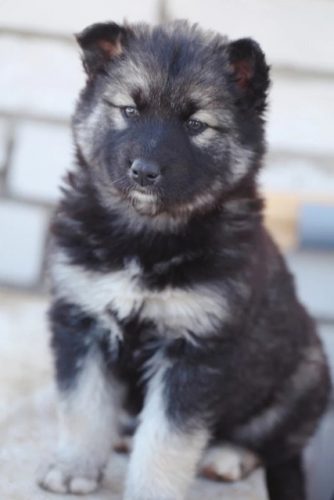 Four of the remaining puppies did not look like their mother, who was likely adopted by their father, whose breed is unknown, but the puppies are adorable. Of the other four, only one is a boy, the others are girls. The boy was called Pooh because he looks like a cartoon bear.
One of the girls looked like a sheepdog, although she had husky fur and was called Noch because of her black muzzle and white cheeks.

Another well-fed, fluffy little girl was named Bun.
The last girl looked like her brother and was also well-fed and fluffy, but also very calm and cute, so she was rightly named Vesna.