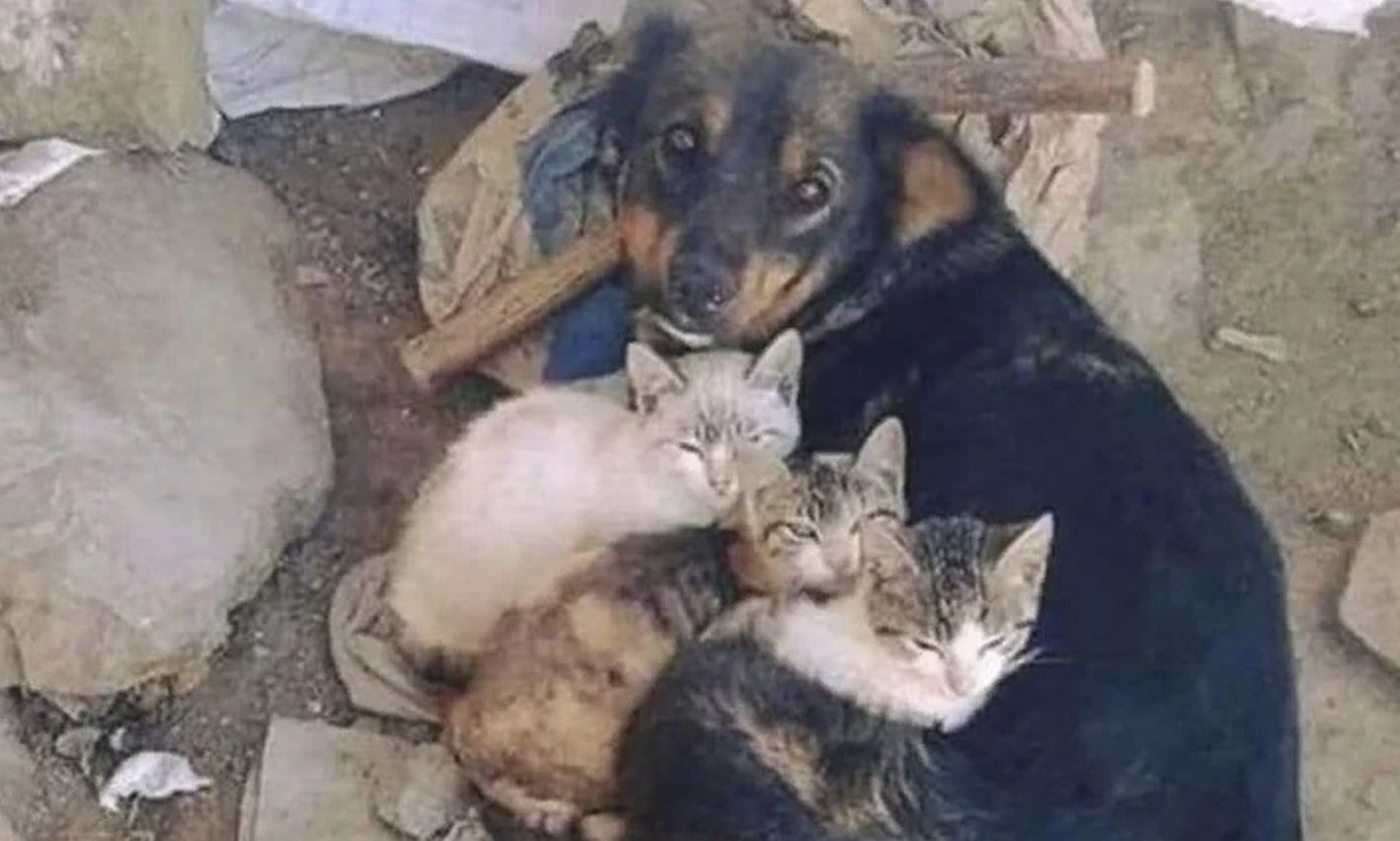 Naida is a dog with a big heart, who could not leave three helpless kittens and became a real mother for them.

At the landfill, Naida appeared to find something to eat, but instead she caught sight of three tiny kittens, who were not next to their mother.

The kids were crying from hunger, it was noticeable that they were alone for more than an hour. Naida recently became a mother, but when one day she went out in search of food, her kids disappeared. Naida still had milk, and smelling it, the kittens began to cuddle up to her in search of food and warmth. Naida missed her babies, she was very lonely, so she considered the appearance of kittens on her way a sign from above. The dog decided to help the kittens, she took care of them, protected them from adversity and found food so that they would not need anything. 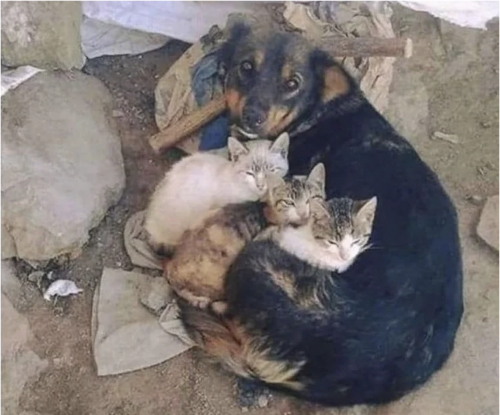 In the summer, life in the dump was tolerable, but closer to winter, the dog became more and more restless. The temperature was getting lower and the dog had to take care not only of food, but also to look for a place where she and the kittens could wait out the frost. Naida hoped very much that by the time the cold weather came, everything would resolve itself.

In autumn, the kittens grew large and joined Naida in search of food. The kittens were cute, but the layer of dirt that covered them made it impossible to see it. Naida washed her adopted children several times a day, but the white fur was instantly covered with a new layer of dirt and dust.

Washing the babies, the dog thought not only about hygiene, she hoped that people would notice her cute kittens and take them off the street. Naida knew that winter would be a real challenge and wasn’t sure she could find enough food for her three kittens.

An unusual family in the midst of autumn was noticed by a man living in a nearby village. He took not only the kittens, but also Naida. On that day, the kids were in the house for the first time and warmed up to their heart’s content by the warm stove.

The man noticed Naidu when he went to the forest for brushwood. He wanted to help an unusual family, especially since he lived alone and needed company.

Naida turned out to be a born guard, and the kittens, inheriting their foster mother, also run around the yard and hiss at strangers, guarding their territory.