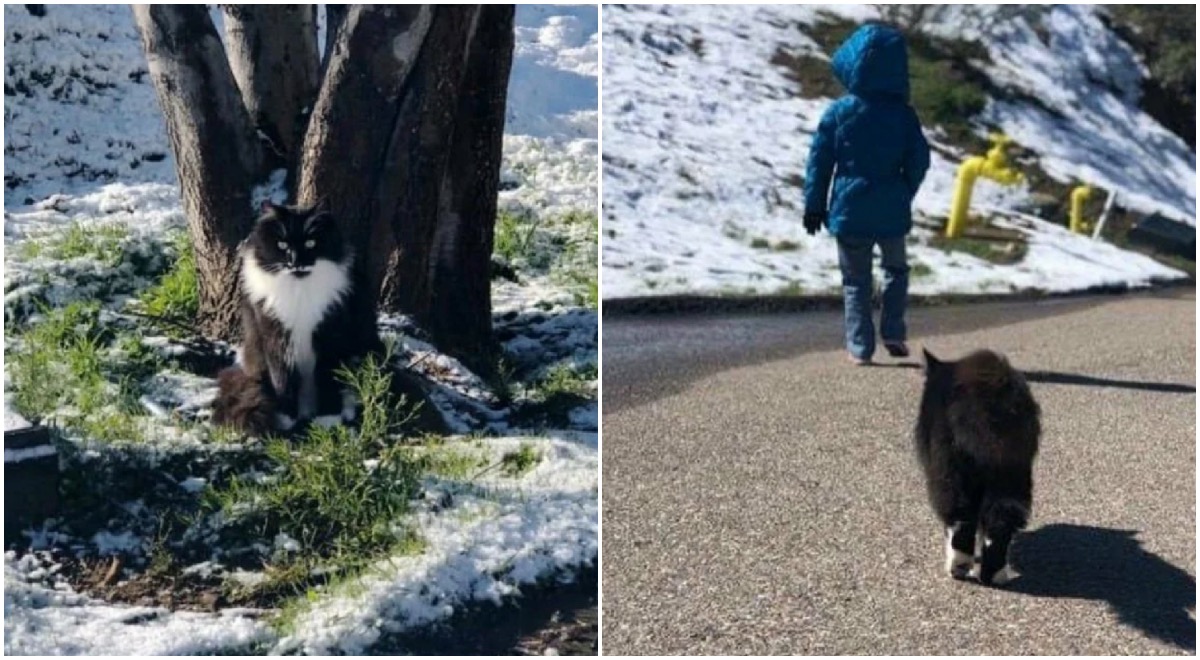 When people take cats from the street, the animals almost always feel great gratitude, which they try to demonstrate with all their might. Hunter, a cat who lived on the street, but then found a family, behaved in exactly the same way. 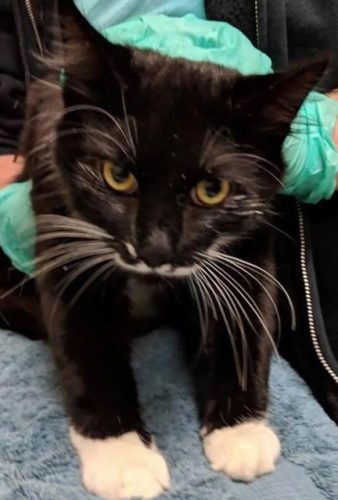 Hutner and his sister Kate lived on the streets for a long time, but then ended up in an orphanage in San Diego. The cats were large and did not know how to get along with people at all, because they spent their whole lives taking care of themselves on their own. Usually such pets spend their whole lives in a shelter, but Hater was lucky – the farmer was looking for a cat that would protect the crop from rats and a large wild cat seemed to him the best candidate. Having come to the shelter for Hunter, the man saw Kate there, so the brother and sister went to their new home together.

The animals quickly got used to life on the farm, but they treated people with distrust for a long time, and it took the family a lot of time and effort to win the trust of the animals. In the end, cats not only got used to people, but sincerely fell in love with them. 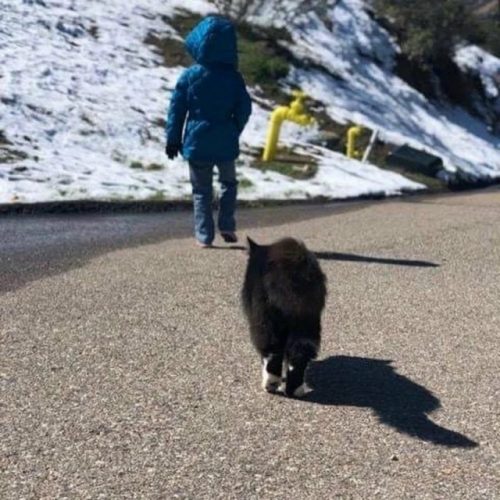 The most amazing thing is that the big and wild Hunter literally fell in love with the farmer’s daughter. The cat follows the baby everywhere and spends his time only with her. When a girl plays with her friends, the cat is always nearby, worrying that no one will offend his little mistress.

According to the farmer, Hunter does not like to guard the crop, so this job is completely on Kate, while the cat became the guard of his daughter. No matter how the work is distributed between the cats, each of them copes with it perfectly well.

LIFE STORIES 0 8 views
How far would you go to fight for your cat? Think about that as