Maria Efimovna from Gorenka is now a Ukrainian celebrity. And all thanks to one photograph taken by Oleg Pereverzev, which shows a grandmother hugging her dog wrapped in a scarf. 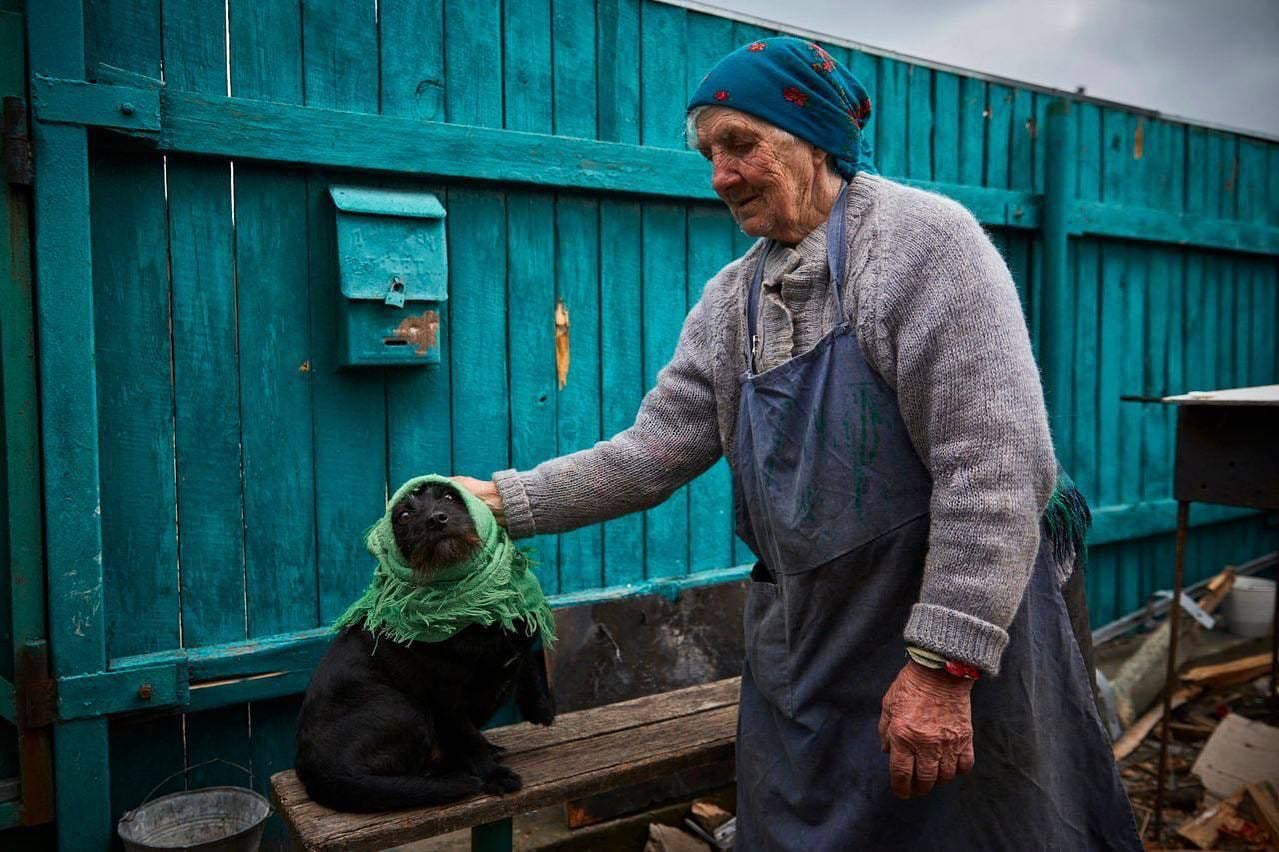 Maria Efimovna wrapped her pet in a scarf so that she would not be afraid, although she herself was very afraid. The woman did not leave her Bonya when there was no place for the four-legged passenger during the evacuation from the shelling of the Russians. Now she is already planning how she will repair her house and her main plans are to plant a garden. And Maria Efimovna really wants her native village to slowly begin to recover from what she has experienced. Because it’s still hard for people there.

When Russia came to us with a war, Gorenka was under fire. Deadly rockets from the Rashists flew to people right in the yards. My grandmother had the opportunity to evacuate, but she decided to stay. And together with Bonya she hid in the basement, and so that the dog would not be afraid and nothing would get into her ears, she wrapped her head in a scarf.

“She was like a child to me. And I felt so sorry for her, I can’t tell you how smart she is. When there was a lot of noise around, it was very scary. When it smells – she gives me a face here, and I cry – she licks my tears. 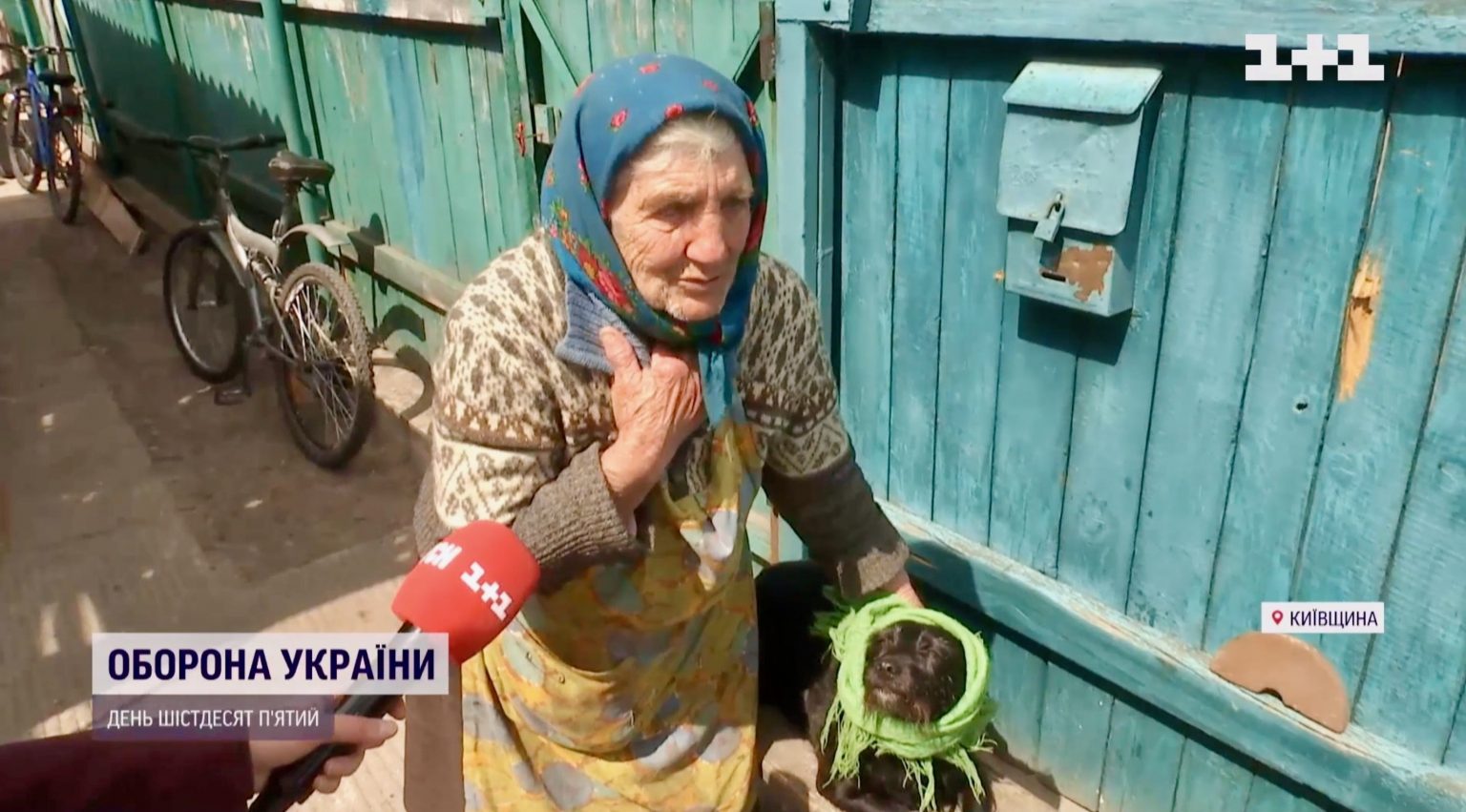 The woman lovingly kisses Bonya on the nose, now together they again learn to live in silence. But in the eyes of Maria Efimovna there are always tears. She is very worried about her grandson Alexander, who is fighting against the Russians in the Donbass, and his wife and 7-year-old daughter went abroad.

But the grandmother is also pleased with the fact that the house has survived, even though the windows are broken and the roof is riddled. 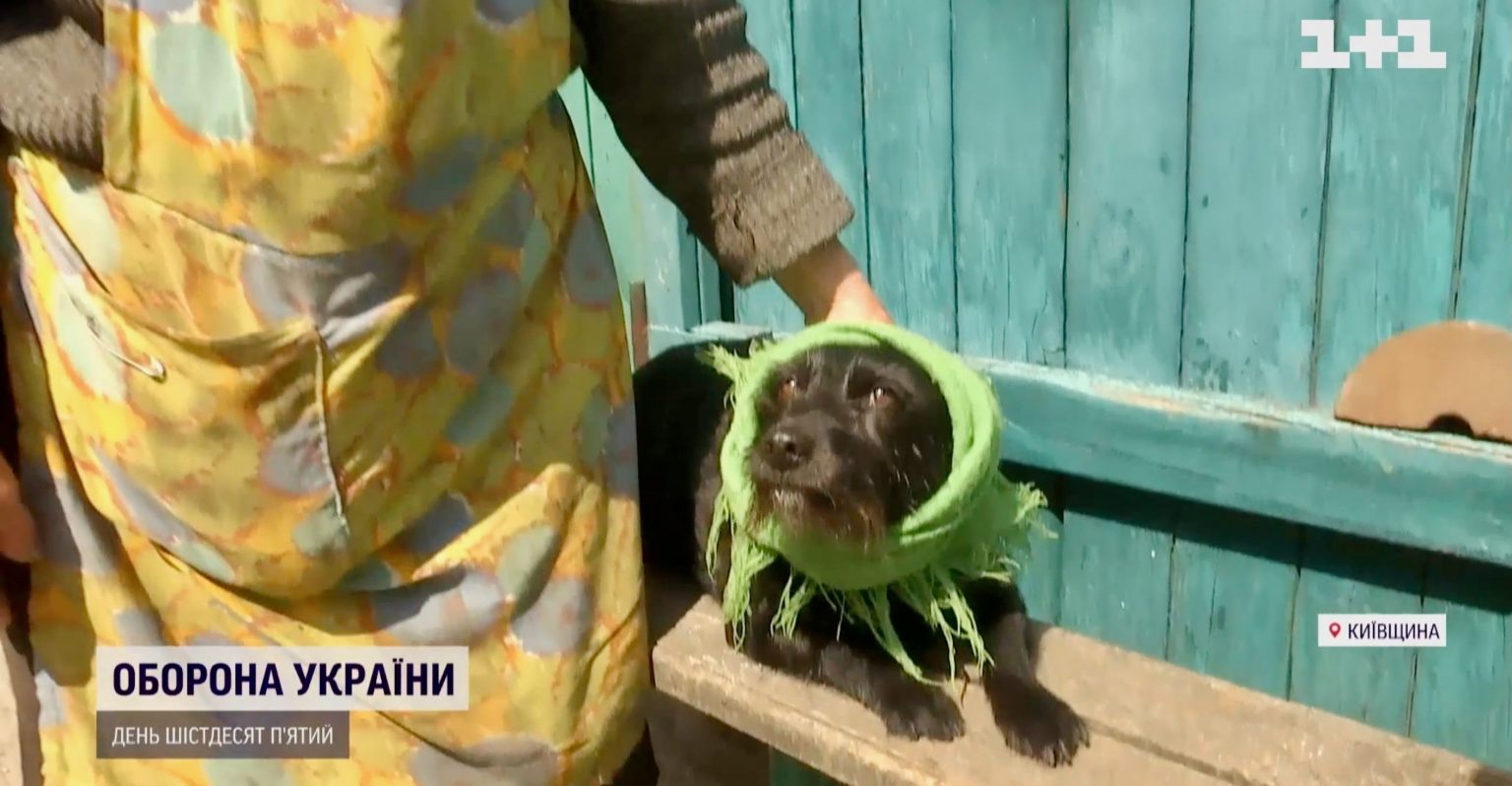 Gradually the city comes to life. They begin to pay pensions, bring humanitarian aid. Local gas is promised to be supplied today or tomorrow. Power lines are being repaired. Repair teams work almost around the clock. But the light will not be until June.

Maria Efimovna, together with everyone, is waiting for the blessings of civilization. And counting the days until May. And not because she has an anniversary – 80 years old, but because she is going to plant potatoes:

“I feel sorry for the land. Let there be such a weed? I do not want!”.