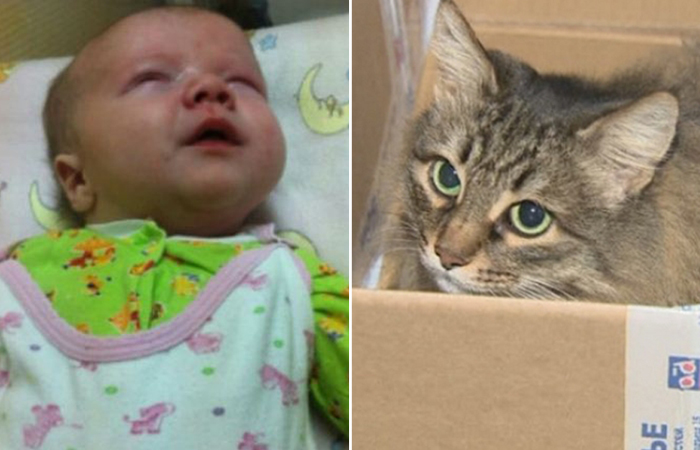 The baby remained alive and even kept healthy thanks to a street cat who took care of him. Unfortunate parents left a newborn child on the street in the middle of winter, dooming him to death, but a cat named Dasha showed real heroism and took care of the baby until people found him.

Dasha does not have a home, she can be found on city streets. In winter, a cat is very rescued by a long and thick coat, which does not allow it to freeze. On this day, the cat, as usual, wandered along the street, but suddenly heard a noise. The cat decided to see where he was coming from and went to the box, which stood not far from the road. 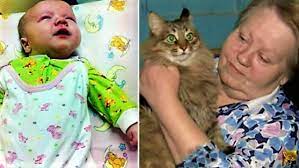 In the box, a curious cat noticed a small child. The baby was only three months old, his parents decided to get rid of him, leaving him in the cold. The cat realized that it was impossible to do this, and if people do not want to help their child, then she will help the baby.

The cat climbed into the box and lay down next to the baby to warm him with her warmth. Dasha began to cry loudly, hoping to attract people’s attention.

The cat and the baby were discovered by a woman who regularly fed Dasha.

“She is a quiet and calm cat, she always behaves very well, so when I heard her loud cry, I decided that she was injured and made me laugh to help. When I saw that she was not alone in the box, but together with the baby, I was shocked. I think, unlike the baby’s mother, the cat’s maternal instinct worked, she decided to protect the child, even if it’s not even her child. The child was dressed, although not warm enough for the weather outside. Next to him was a package of baby food and a couple of diapers, ”the woman recalls that day. 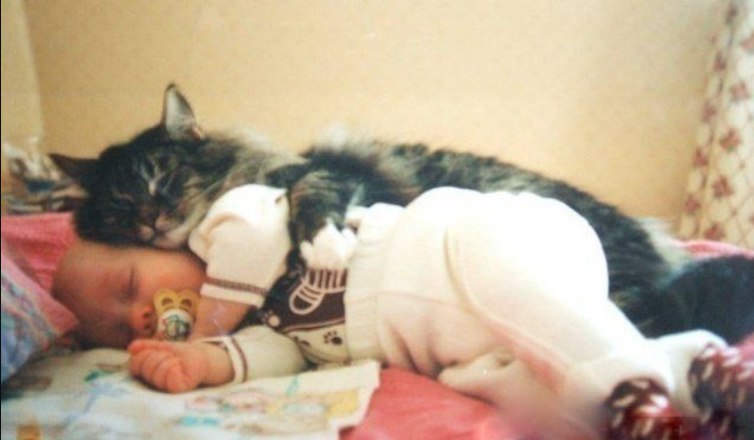 The child was immediately handed over to the doctors, who, after examination, came to the conclusion that the baby’s health was not affected. The child spent several hours on the street, and Dasha helped him not to freeze, which warmed him with her thick hair.
The child’s parents were never found. Dasha still lives on the street, although now the locals treat her like a heroine, feeding her with sweets.