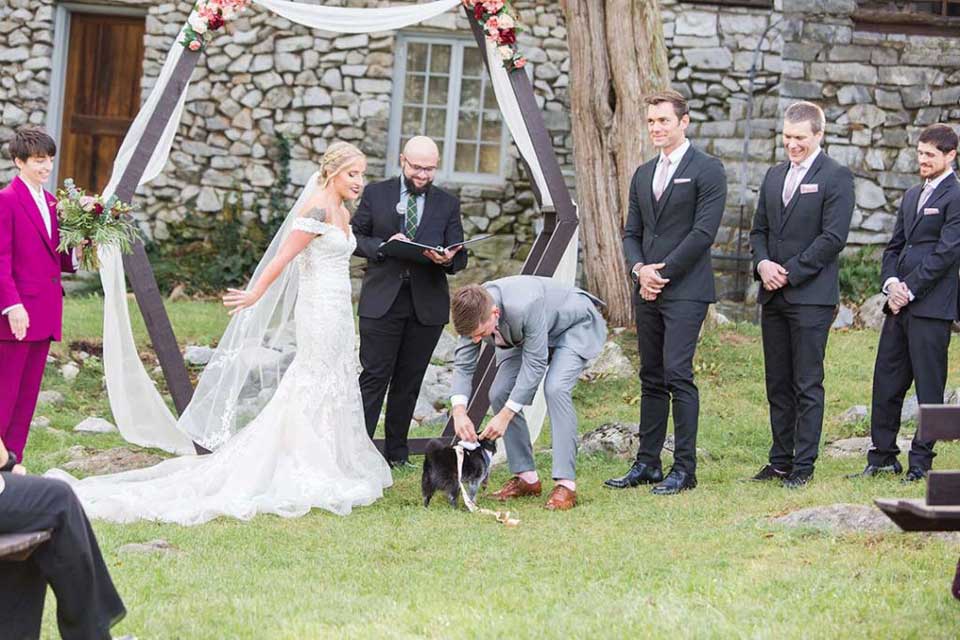 This charming senior dog takes being a best man at his parents’ wedding very seriously and is turning heads.

When Sophia Coleman met her current husband, Josh, her adorable older dog Rocky was the first thing she saw. She immediately fell in love with the furry little one her mate had rescued and, of course, over time, she also fell in love with Josh. Rocky has been around their entire relationship, so when the couple was about to get married, they knew they wanted him to be an important part of their marriage.

The couple decided their dog would have two titles at the ceremony, it would be ‘Best Man’ and ‘Ring Bearer’. So they got everything ready and bought him a little costume for the ceremony, and he looked absolutely perfect. 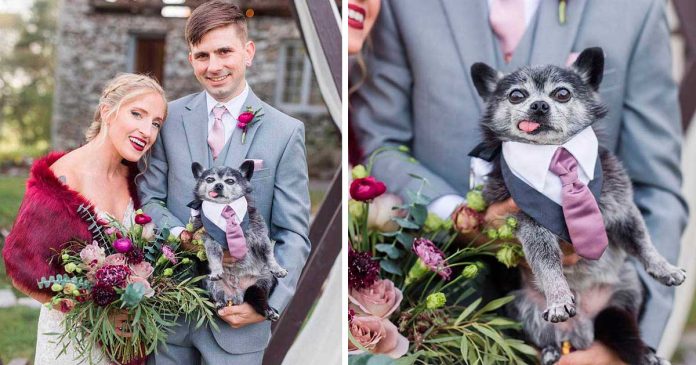 The idea was for Rocky to walk down the center aisle as a ring bearer in front of all the guests, which the couple didn’t think would be a problem. Although Rocky can be a little grumpy at times, this guy loves people. And of course, when the wedding day finally arrived, Rocky took his assignments seriously; at least most of the time.

It took a lot of persuasion and gifts to get her to walk down the aisle in front of 80 people. He did very well in rehearsal when no guests were present, but during the ceremony itself, he got a little distracted by the guests! I think he expected every person to give him treats. 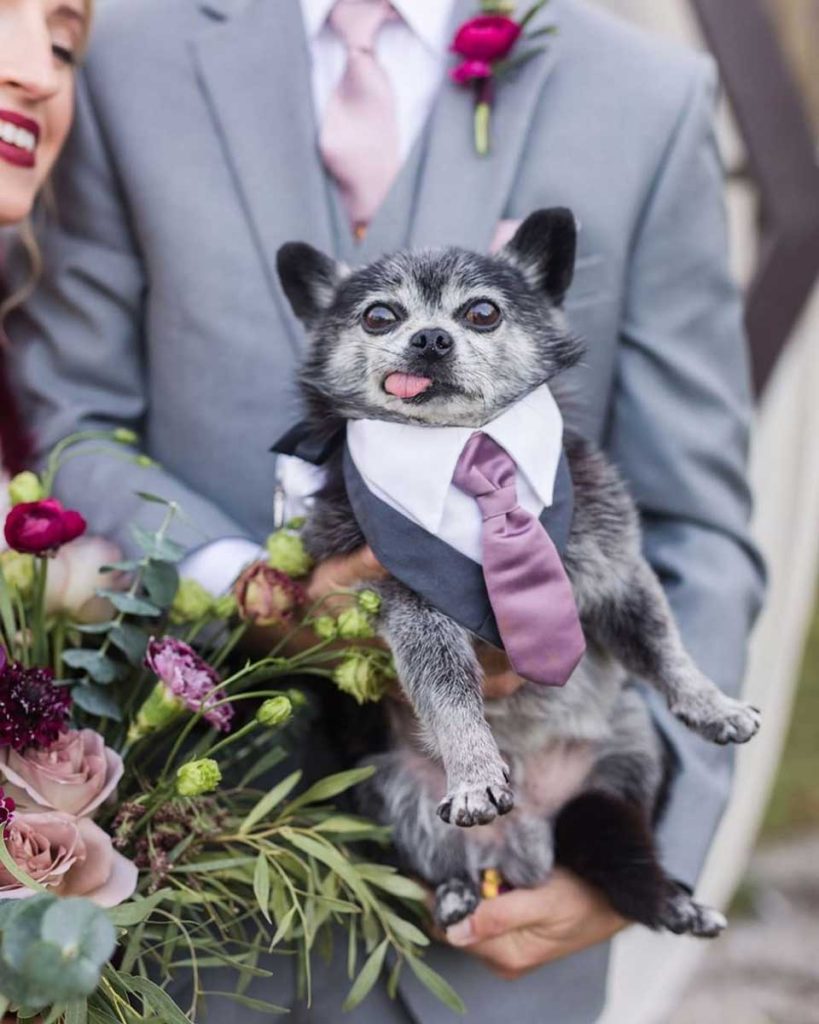 As soon as Rocky arrived at the altar, he stood next to his parents during the ceremony. While everyone was happy to see the couple get married, they were perhaps even more thrilled to see Rocky by their side keeping their cool.

Once the ceremony was over, so were Rocky’s responsibilities and his parents took him to the bridal suite to give the older dog a rest. Rocky wasn’t too fond of this idea and found a way to make his return to the front desk. 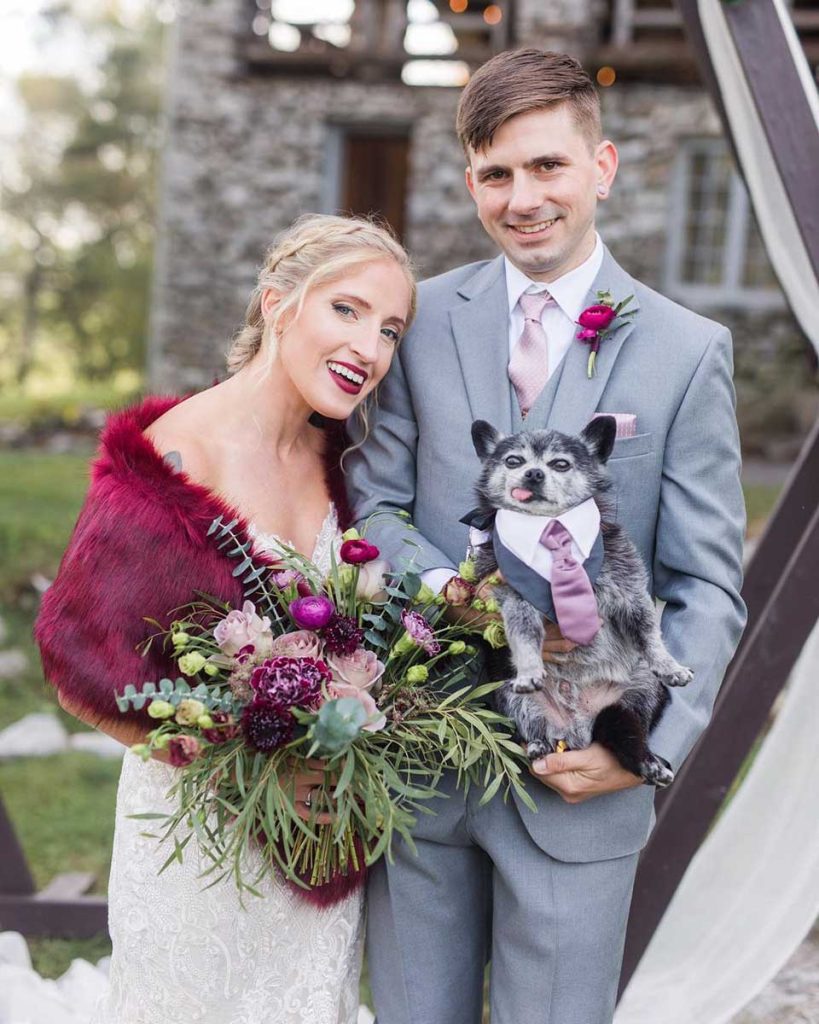 He was still in the same building as the reception, but we thought it was better for him to rest, and besides, we didn’t want anyone to bump into him. At one point, he burst through the back door and escaped when someone opened the honeymoon suite. Immediately he found me and my husband, he wanted to be by our side all night long!