In Hollywood, we tend to believe that marriages fall apart after a while. However, there are exceptions. If Julia Roberts was initially unlucky in love, she managed to change things.

Julia Roberts and her husband, Daniel Moder, recently celebrated their 20th wedding anniversary. Reaching the 20-year mark is almost unheard of in Hollywood, but the couple are still very much in love.

To mark the occasion, Julia shared a photo of them kissing on Instagram. On the post, she wrote, «Twenty,» in all caps, with star emojis on either side of the word. She also added hashtags to the post, which hint that in their twenty years of marriage, the couple never stopped smiling or kissing. The photo was met with lovely comments from loving fans and friends.

The couple have amassed fans as actors, but also as a couple because they share a unique love story and have built a great life for themselves and their children. Daniel and Julia met in 2000 while the actress was filming «The Mexican», in which he starred with Brad Pitt. Although they are admired today as one of Hollywood’s oldest couples, their relationship began with a scandal. Moder’s ex-wife, makeup artist Vera Moder, has made no secret of her feelings about their marriage. In 2002, when the couple got married, Vera and Daniel had only been divorced for a month.

Vera revealed that while she and Daniel Moder were still married, Roberts courted her husband. She approached Roberts and warned him: «Danny has a wandering eye…and he won’t change.»

Because the couple began their relationship while Moder was still married, Vera went so far as to call Roberts a «husband thief.» She also said that the couple’s marriage will not last, and Julia will soon be looking for a new husband.

While Vera tried to make it seem like the actress was the cause of her breakup with Moder, the pair later broached the subject, telling the press that wasn’t true.

the ‘Pretty Woman’ actress admitted it was easy to blame her for the timing, but she wasn’t the cause of her husband’s divorce. She said she didn’t mind being singled out because she knew the truth. 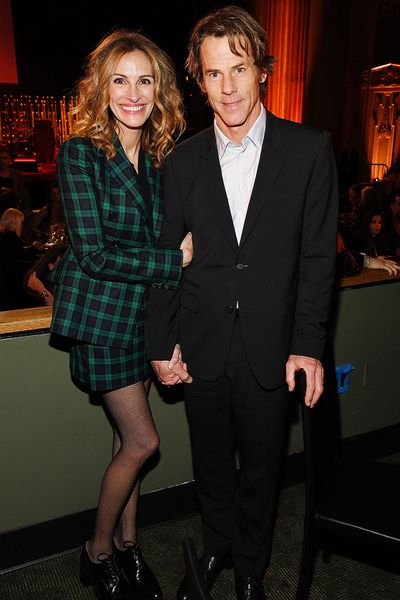 The actress then revealed the sequence of events between when Moder divorced Vera and when he married Roberts. She said :»He solved his problem, without me, and I solved my life without him».

However, as Vera was upset over the relationship between her ex and Julia, she did not grant Daniel a divorce for many months. Roberts then retaliated to Vera passive-aggressively with a garment. Amid the battle between Vera and Moder, Roberts comes out with a handmade shirt that reads «A Low Vera» on it. Many understood it to be an attack on his lover’s ex-wife because she interfered in their relationship.

Roberts then paid Vera to expedite the divorce proceedings. She paid $400,000 for Vera to sign the divorce papers so they could finally get on with their lives.

Despite all of Vera’s battles, warnings, and predictions regarding Daniel and Julia’s relationship, they remain one of Hollywood’s strongest couples. Jack Bauer’s ex has often spoken of her gratitude to her husband. 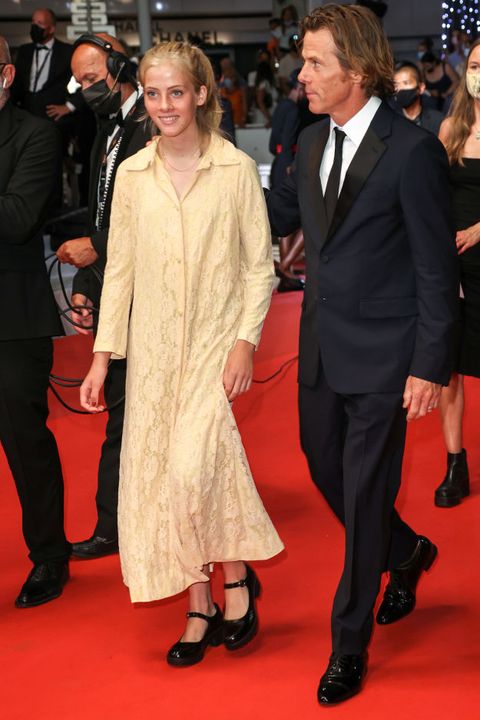 Speaking to Gwyneth Paltrow in 2018, she said her relationship with Daniel was the best she’s ever had. She shared:

«Getting married to Danny was the first time I felt like my life would never be the same again, in the most incredible and indescribable way.»

The Couple’s Twins Are Going To University
Since their marriage twenty years ago, they have welcomed three children. Their twins, Hazel and Phinneaus, born in 2004, will be 18 in November 2022, and their youngest son, Henry, born in 2007, will be 15 in 2022.

The twins will now be heading to college, and Julia said she has mixed feelings about her kids growing up and moving out. She said she had never had the college experience, so she was excited for her twins to experience it.

However, she also said that the idea of her children going to college makes her «a little giddy», but she was intrigued to see how it all turned out for her children, as it is something new for her. she.

Hazel, the couple’s only daughter, was dubbed «brave» by her mother. The event that gave rise to this label was the donation of her hair to Wigs for Kids when she was twelve years old. Not much else is known about Hazel.

Phinneaus, Hazel’s twin brother, is an athlete and enjoys skateboarding and surfing. We even saw him go out with his parents, taking his skateboard with him. However, that is all that is known of the young man.

The couple’s youngest child, Henry, also enjoys skateboarding but has other interests. He is a pro at doing tricks on a trampoline and participates in extreme sports like BMX biking and tricks on the ramps.

The couple are renowned for their discretion, which explains why their children are hidden from the public eye, and why not much is known about them at this point. However, they benefit from the unwavering support of their parents in all their projects.

If Moder and Roberts enjoy a beautiful relationship admired by the public, Roberts thinks it is thanks to their children. She mentioned:

«We have these three human beings who are just the complete reflection of the love we have for each other.»

Roberts went on to share that above all the fantastic things she has done in her life and career as a Hollywood sweetheart, her children are her greatest achievement in life. However, it is essential for Moder and Roberts that their children enjoy some privacy. 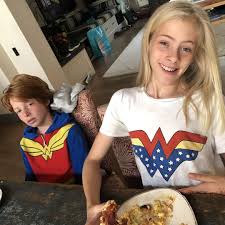 The couple moved to San Francisco when their children were still relatively young so they would grow up having some semblance of a normal life. Roberts wanted his children to grow up as individuals and not as the children of movie stars.

A close friend of the couple at the time said no one cared or even knew who the parents of the Moder children were in San Francisco, allowing them to grow up with a normal childhood experience.