When Heath Ledger breathed his last, his daughter was devastated because she no longer had him by her side. But his presence wasn’t the only thing he missed. The actor had not included it in his will. Concerned for her well-being, three Ledger colleagues waived their salaries for her.

Heath Ledger is best known for playing the Joker, a psychopathic criminal with a deranged sense of humor, in the superhero movie “The Dark Knight.”

In addition, the actor has also played many other roles, including in “Lords of Dogtown” and “I’m Not There”. In 2004, during the filming of “Brokeback Mountain”, the actor met Michelle Williams and fell in love with her. A year later, they welcomed their baby girl, Matilda Rose Ledger. 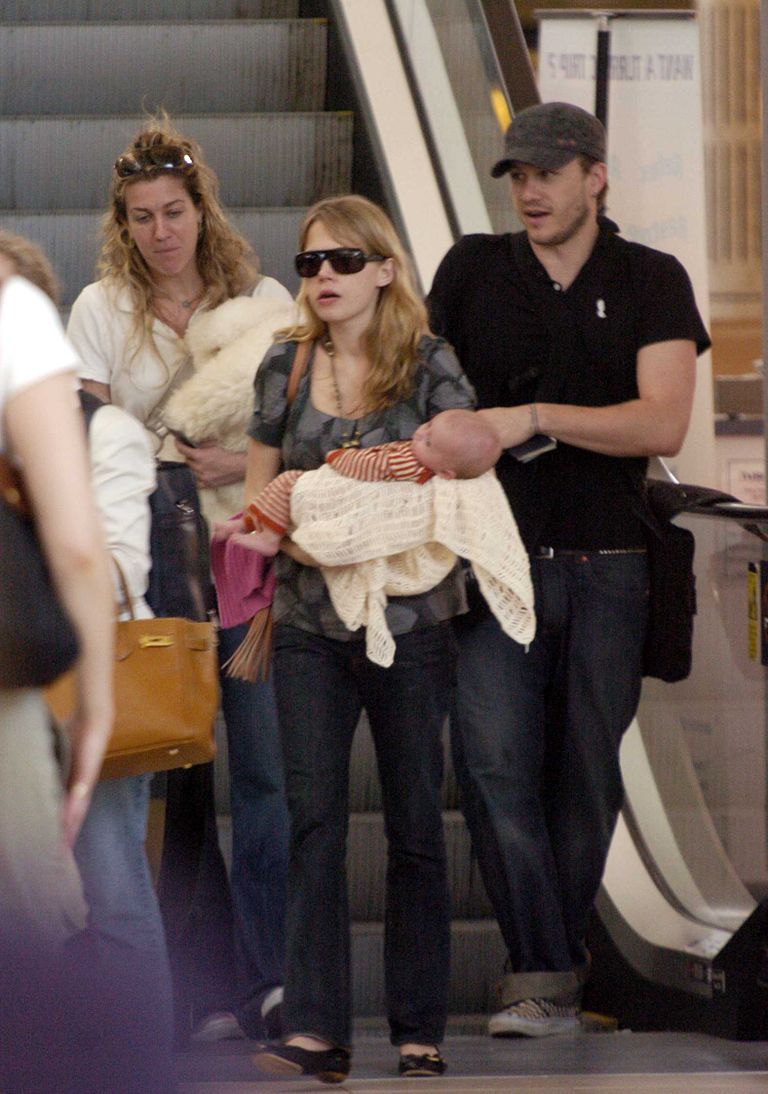 Sadly, in 2007, the couple broke up, but Ledger’s love for his daughter was still going strong. Director Terry Gilliam said the actor put his daughter in his backpack, took the subway, and went home to talk about a movie they were working on.

Sadly, in 2008, when Matilda was just two years old, Ledger tragically passed away in her New York City apartment. Little Matilda couldn’t understand why her father was suddenly absent and constantly bombarded her mother with questions about him that Michelle couldn’t answer. She always asked:”Where’s my daddy?”

Heath’s costars save his daughter financially 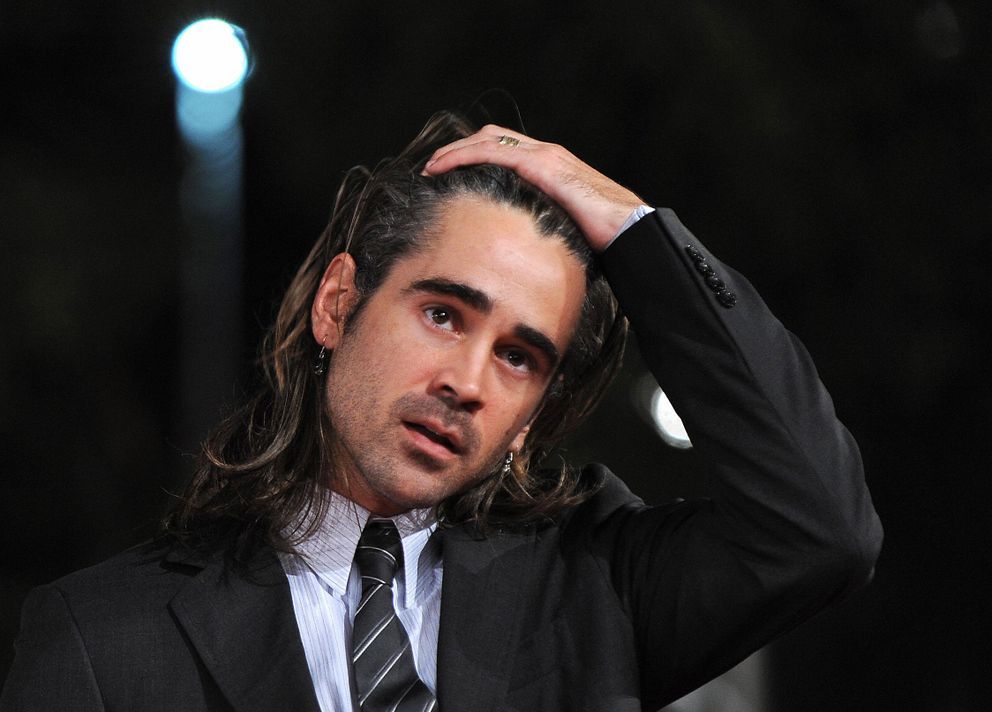 Just before his tragic death, Ledger was in the middle of filming “The Imaginarium of Doctor Parnassus.” The film tells the story of a traveling theater troupe whose leader, having made a pact with the devil, offers his audience the choice between self-fulfilling enlightenment or gratifying ignorance.

When he died, the director, Terry Gilliam, was unsure whether to abandon the film or replace Ledger. After careful consideration, he opted for the second solution. He cast Hollywood stars Jude Law, Johnny Depp and Colin Farrell to replace Ledger in the film and play the rest of the roles. Giliam said:

“No one asked how much they would be paid or if the role was for them. They were all friends of Heath, and they wanted to make sure the movie was finished in his memory.” 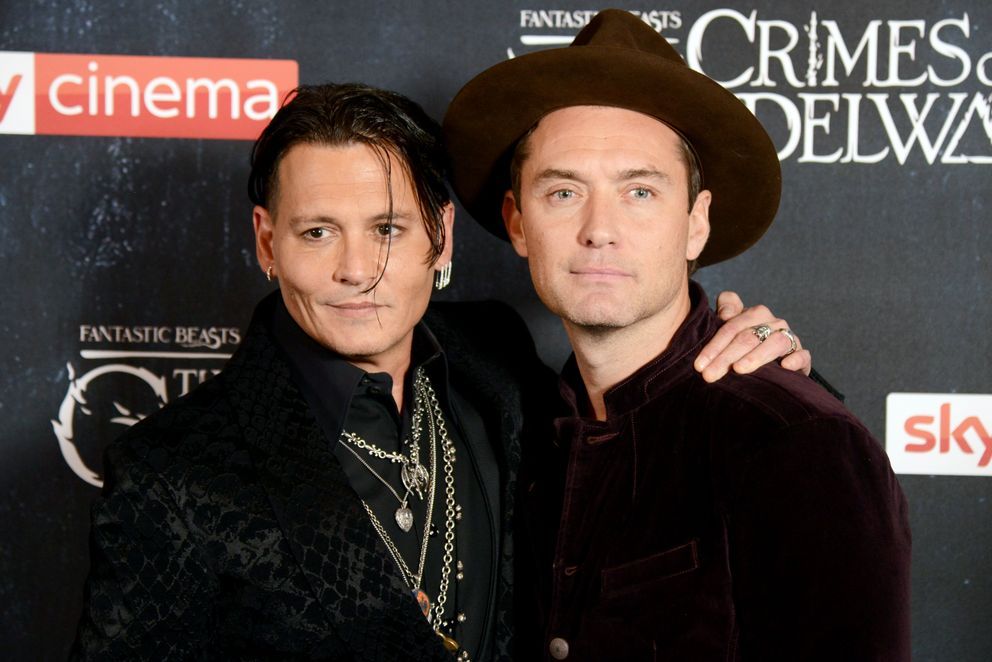 Other big-name celebrities, such as Tom Cruise, offered to reprise Ledger’s role, but Gilliam declined because they didn’t know Ledger well.

While Gilliam worried about the financial benefit of replacing Ledger with three actors, the latter were concerned about something else: Ledger’s daughter.

In an act of extraordinary generosity, the three actors worked for a symbolic salary and took nothing for themselves, but gave their entire salary to Matilda. It turns out that Ledger hadn’t included his two-year-old daughter in his will. 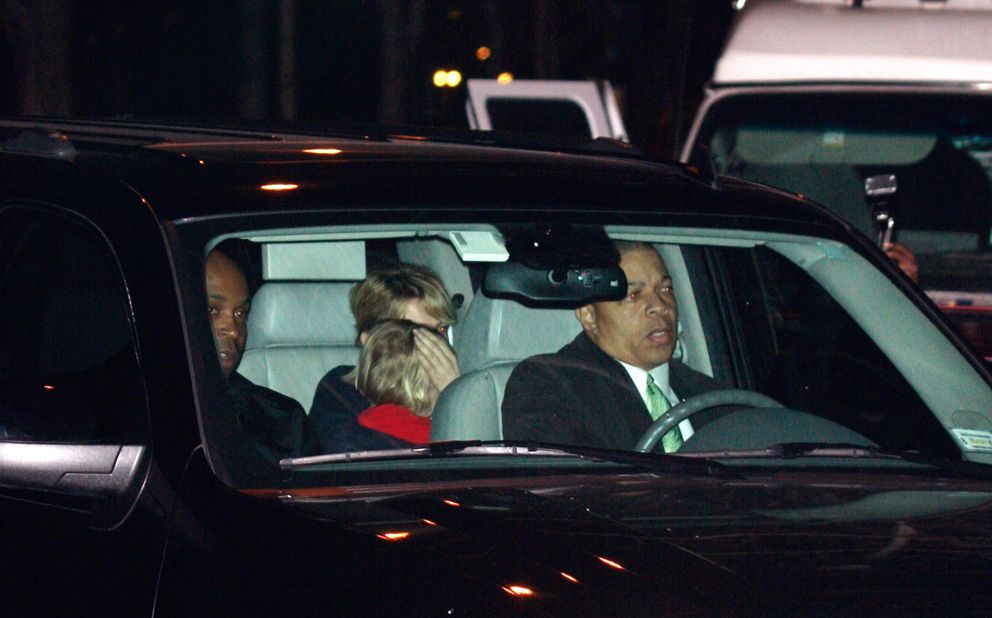 In principle, this meant that his daughter had no right to inherit from her father. However, everything took a drastic turn a year after the actor’s death. 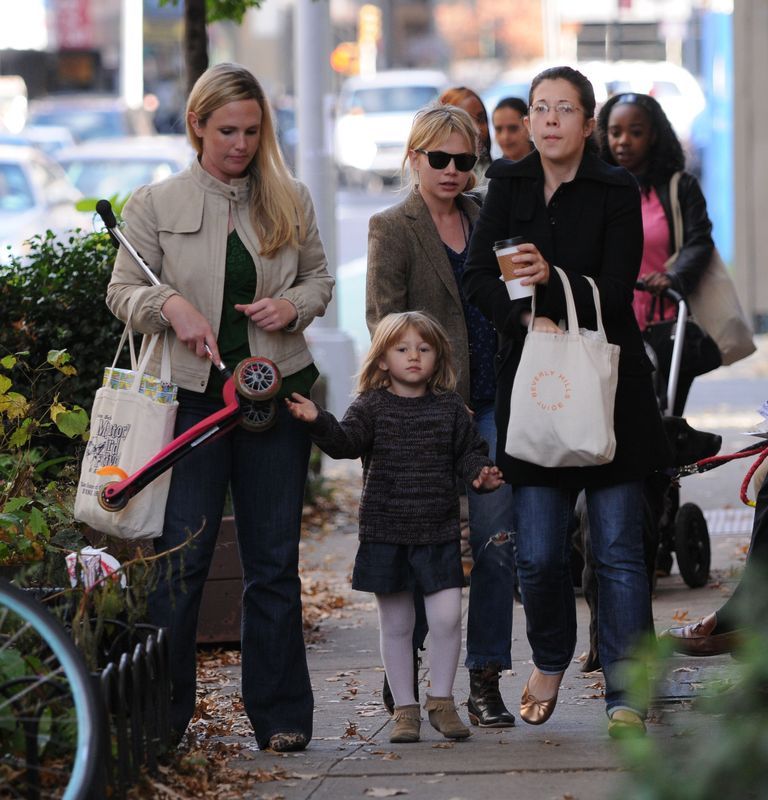 Ledger’s father, Kim Ledger, told The Sunday Times that his family would not claim any part of Ledger’s fortune and would give everything to the actor’s daughter. He said, as Fox News reports:

“There are no claims. Our family gave everything to Matilda.” 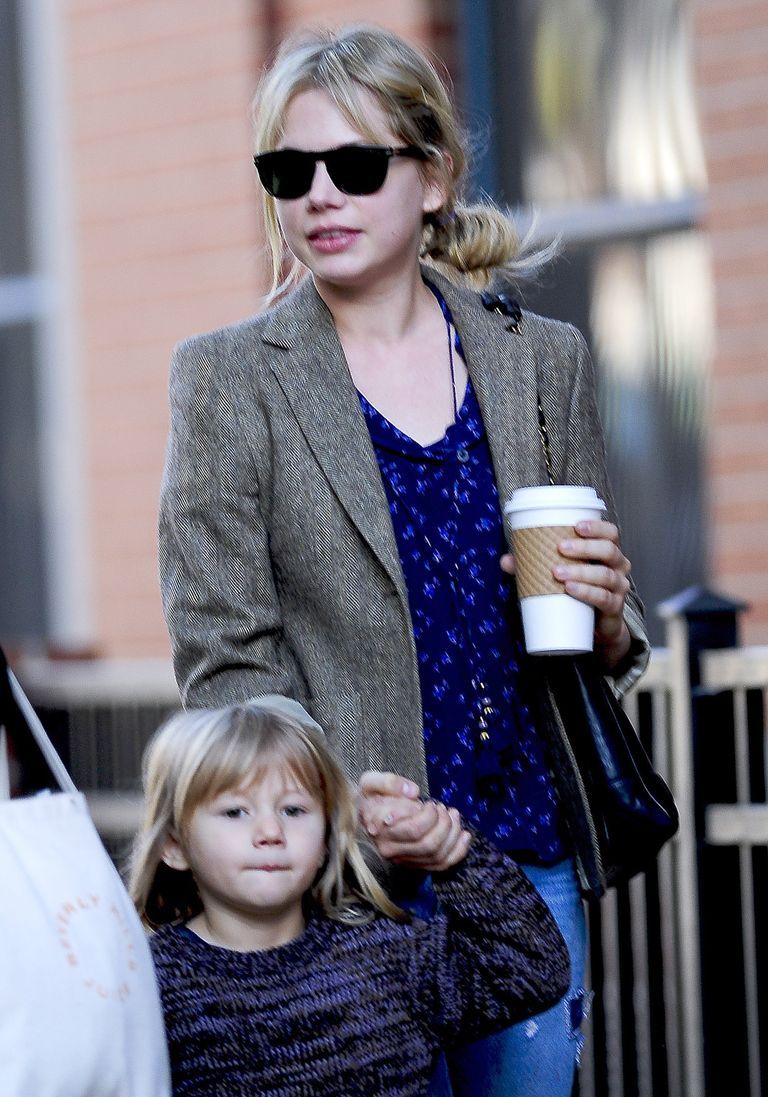 The decision sparked conflict between Kim and his brothers, with two of them claiming that Ledger’s father was unable to be the liquidator of the actor’s estate because he mishandled their estate. grandfather several years ago.

However, Robert John Collins, Australian liquidator of Ledger’s will, came to Kim’s rescue, saying the accusations made against him by his brothers were baseless. These accusations caused feuds between the two brothers, who have since separated.

The current life of Matilda, who is a copy of her late dad

Matilda was only two years old when her father died, but 14 years have passed and she is now grown up. It’s easy to see how much the 16-year-old looks like her dad in the rare photos of her available online. The resemblances are so striking for the members of his family. His grandfather Kim even said:

“She has the same mannerisms as her father. She’s very curious. She has her energy because Heath hasn’t slept since he was two, and Matilda is like that.” 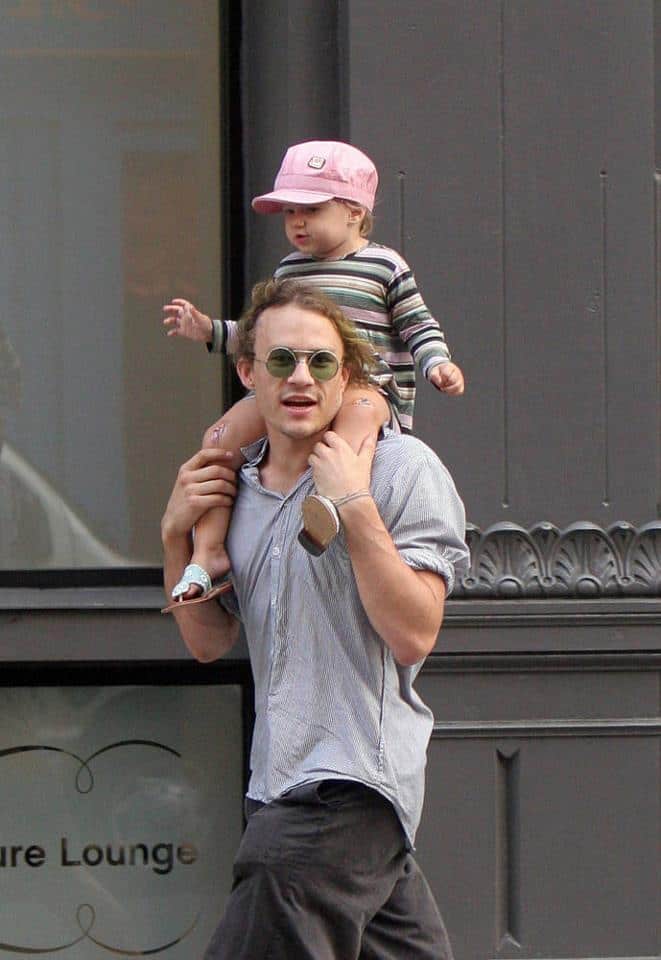 Kim adored her granddaughter, saying she was a ball of energy and gave off an aura similar to Ledger’s. In addition to looking like her father, Matilda also inherited traits from her mother, who works tirelessly to keep Ledger’s memory alive in her daughter.

What remains unchanged in the little girl are her incessant questions in an attempt to discover and get to know the person her father was when he was alive. The Ledger family congratulates Michelle on the wonderful job she’s done raising Matilda on her own since her father passed away, and as the actor’s sister, Kate Ledger, told People:

“I think she provides a wonderful environment for Matilda to grow in, especially in the type of industry she’s in.”

Kate said Michelle was down to earth and noted how much Matilda looked like her late brother. She said everything Matilda does reminds her of her brother.

The simple gestures performed automatically by Matilda were similar to those of Ledger, including such simple things as picking up a pencil and getting on the skateboard.

She also strives to tell her brother’s memories to her daughter so that she does not forget him. She told People, “I tell him about his dad every time we see each other. I tell him the little stories of his childhood and how he chased me with the cricket bat.”

Despite having star parents, Matilda keeps a fairly low profile, and all available photos of her are with her mother taken in various public places.