A few years ago, Francis Perrin and his partner learned that their eldest son has autism. Although the doctors discouraged them, the two lovebirds did not give up. Today, Louis is doing better, he is independent and an actor.

Successful actor, Francis Perrin, 74, is also a lucky man in love. The actor is, in fact, in a relationship with Gersende Dufromentel for several years now.

The beautiful redhead met her while she was still a 3rd year student at the National Conservatory of Dramatic Art in Paris. From then on, they never let go and even said “yes” to each other in 2002.

The same year, the couple welcomed their first child together. A little boy named Louis, who was diagnosed with autism at just three years old. He also has a little sister, named Clarisse and a brother, called Baptiste. The autism of their eldest, their fight
Raising a child is not at all easy, even less if he has autism. Francis Perrin will not say the opposite. As mentioned earlier, Louis was still very young when his parents found out he has autism.

Francis and his wife have also told the story of their eldest in a book entitled “Louis, step by step”.

The actor also spoke about his child in an interview with Télé-Loisirs. He tells how the doctors were not kind to him and his partner when they announced that their son has autism.

“A layman from the Necker hospital told us: ‘You can mourn your child!’,he confided. 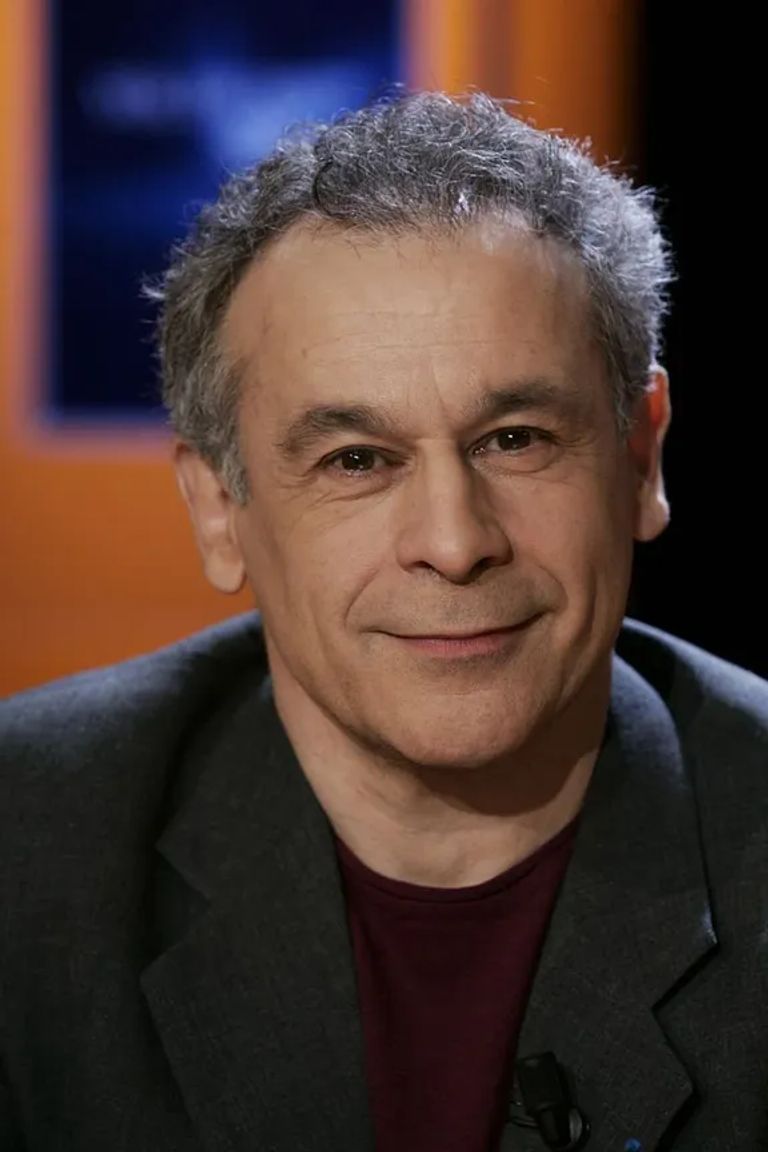 Some have also pointed the finger at the couple, saying their son’s disorder is related to their age difference. They also questioned the profession of Gersende Dufromentel, who is an actress, as well as her red hair.

A period of depression
Of course, the announcement of their son’s autism was a real upheaval in the life of Francis Perrin and his wife. The daily life of their eldest was not at all easy at first. According to his mum, Louis was “very frustrated with all the frustrations”. 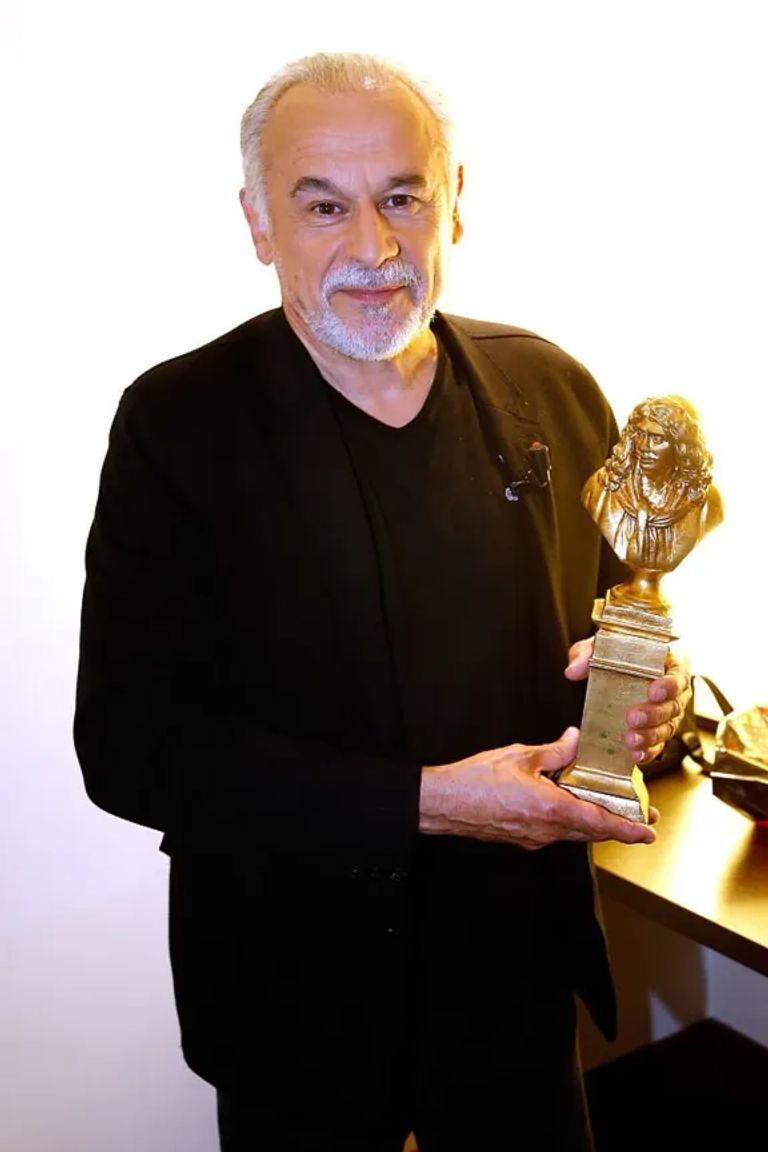 Even if they never abandoned their child, Francis Perrin and his wife still suffered a lot from the situation.
If the actor had drowned his pain in the bottles, his wife had fallen ill. At one point, Gersende Dufromentel was even forced to face the situation alone, while her husband was looking in alcohol for “a kind of crutch”. 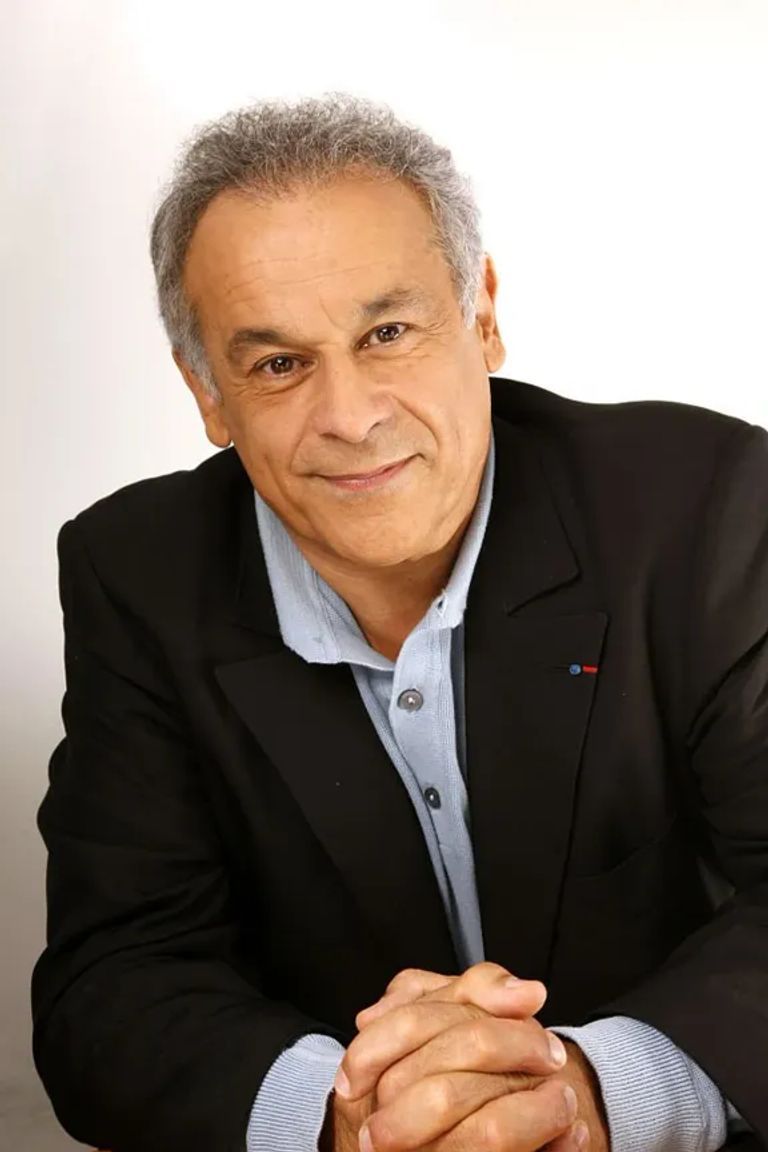 They fought for Louis to live like a normal person
Despite falling into disarray, Francis Perrin and Gersende Dufromentel continued to fight for their son. To help Louis, the two lovebirds notably made him follow an American method, ABA.

The goal is to re-educate the behavior of autistic people, through the senses, by stimulating them.

At Louis, the results began to appear from the first treatments, according to his father. His son, according to Francis Perrin, had begun to change and notably spoke his first words at the same time.

“We were in tears,” the actor said. 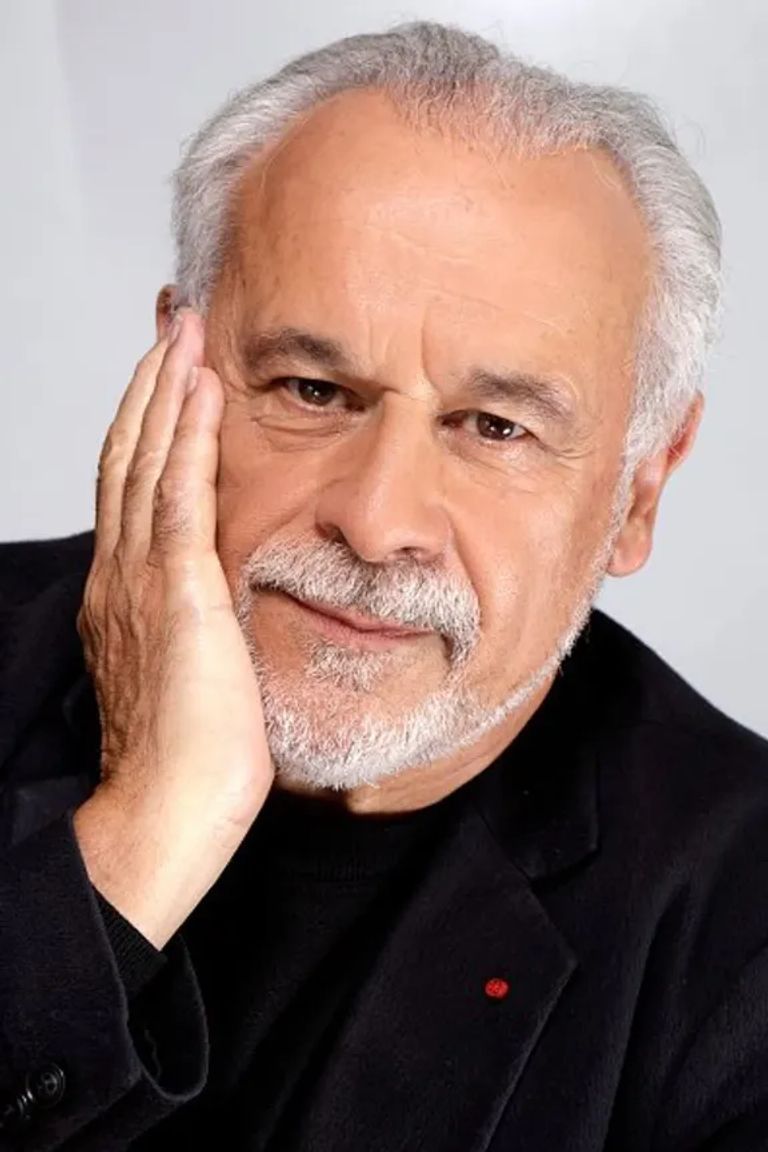 In 2011, the musician also got fed up with schools in France not accepting Louis because of his autism. He was able to count on the support of his two youngest in this fight since Clarisse and Baptiste decided to follow the courses at a distance to stay with their big brother.

It is therefore Francis Perrin himself who provides the lessons for his children. “The only obligation”, according to him, is that they return their homework “every fortnight”.

In short, obviously, Louis can count on his whole family to deal with his disorder. It goes without saying that their support has contributed to the evolution of his behavior.

“Today, he is independent, we take him everywhere, he is happy,” said his father. 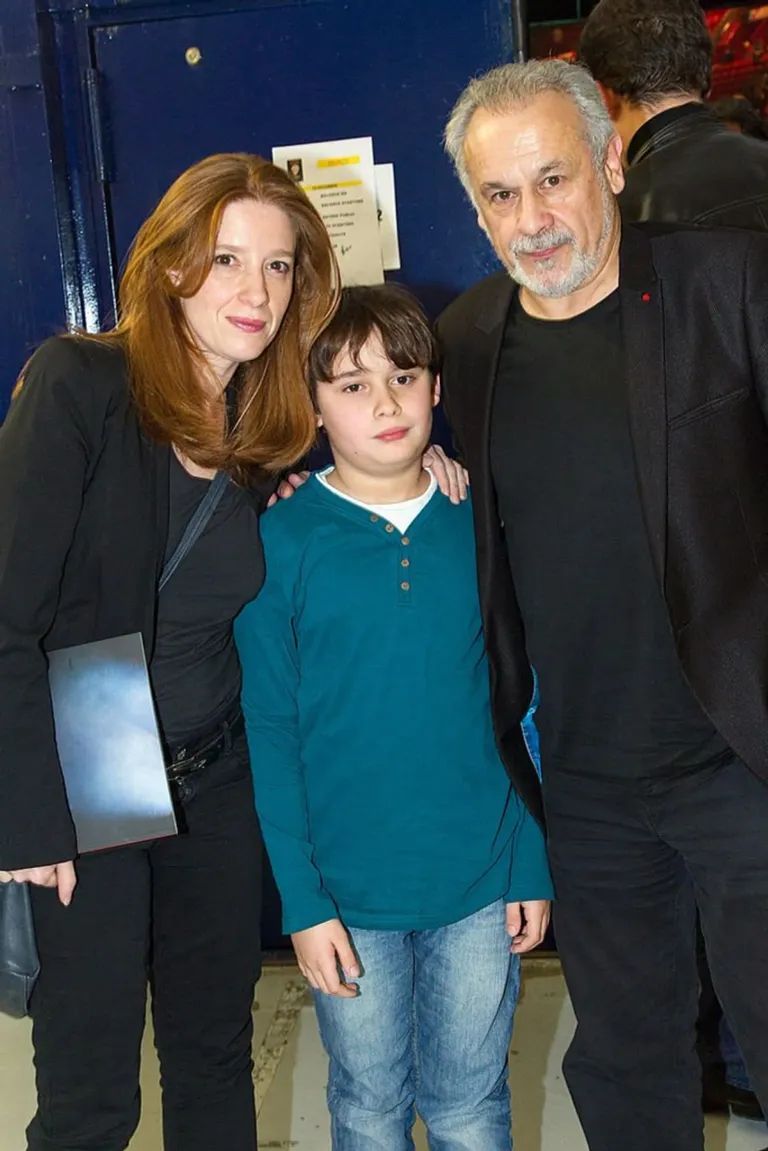 Louis is now living his dream – he has taken the same paths as his parents
Francis Perrin can only be proud of his son’s journey. With his wife and of course Louis, he proved that an autistic person can very well live like everyone else. Moreover, Louis got on the boards, for the first time, in 2019.

Indeed, on the occasion of the Arts Musez Vous Festival of the Don Bosco Institute, the young man played in “A portrait of Molière” alongside his famous dad. On this occasion, Francis Perrin confided in France Télévisions about the pride he feels vis-à-vis his son.

“I’m really amazed at what Louis is doing now, when I know where he started from…from his severe autism, until now, it’s a great achievement for him and above all he’s happy,” he said. -he declares. 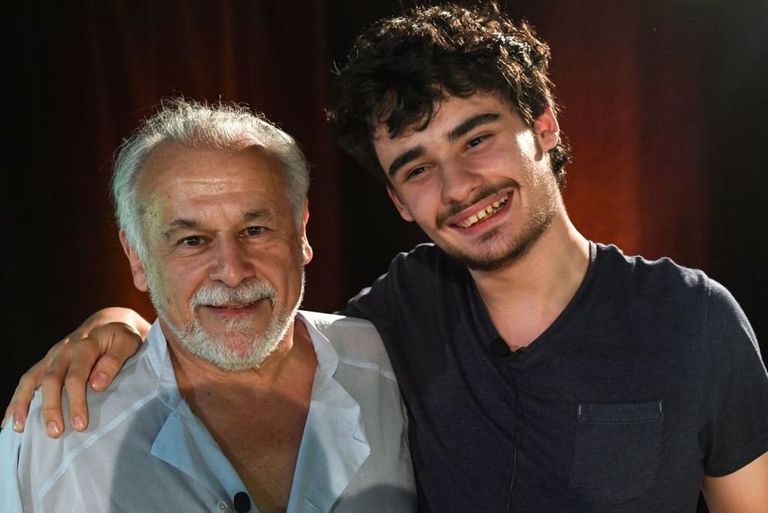 Two years later, it was at the Ramatuelle Festival that we were able to rediscover Louis’ talent as an actor. The latter is indeed mounted on the boards with his sister, Clarisse and their parents to play their adaptation of the play “L’école des Femmes de Molière”.

Invited to “8:30 p.m. on Sunday” to promote this piece, Gersende Dufromentel said that “everything has been progress, work, love, emotions, difficulties”. According to him, playing alongside Louis had brought together all their hopes.

It is, according to him, a path he had traced with the father of his children. Note that Louis has always dreamed of performing in front of many people. A dream that has now become a reality. The young man can be proud of himself! 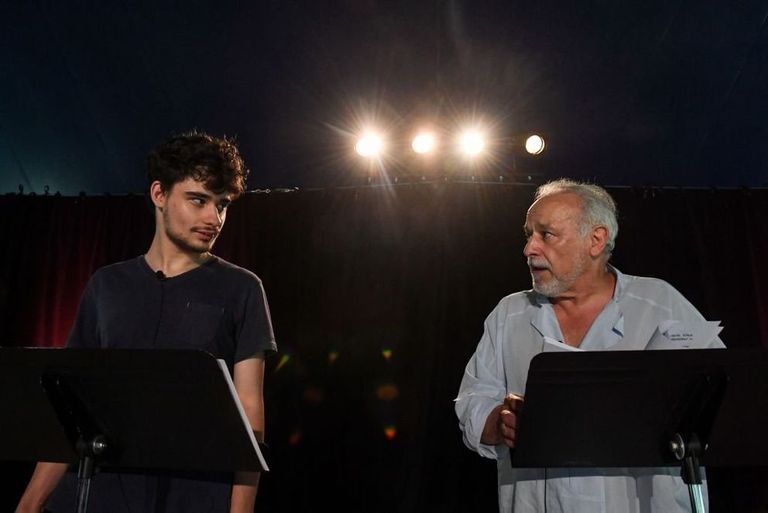 CELEBRITIES 0 78 views
Jonathan and Julien are the sons of Joe Dassin and Christine Delvaux. Unfortunately, they

CELEBRITIES 0 28 views
It’s never too late to change your life if you wish! This is what

CELEBRITIES 0 156 views
When Heath Ledger breathed his last, his daughter was devastated because she no longer

CELEBRITIES 0 443 views
In Hollywood, we tend to believe that marriages fall apart after a while. However,