An elderly and sick dog was spending his last moments with his family, which includes a cat to whom he was very attached. The latter wanted to show him her affection one last time before saying goodbye.Bunny the cat and Tye the dog were extremely close to each other. When the canine was about to leave this world, the feline wanted to stay by his side until the end and comfort him. A moving scene reported by PetsRadar and filmed by the owner of the 2 animals. 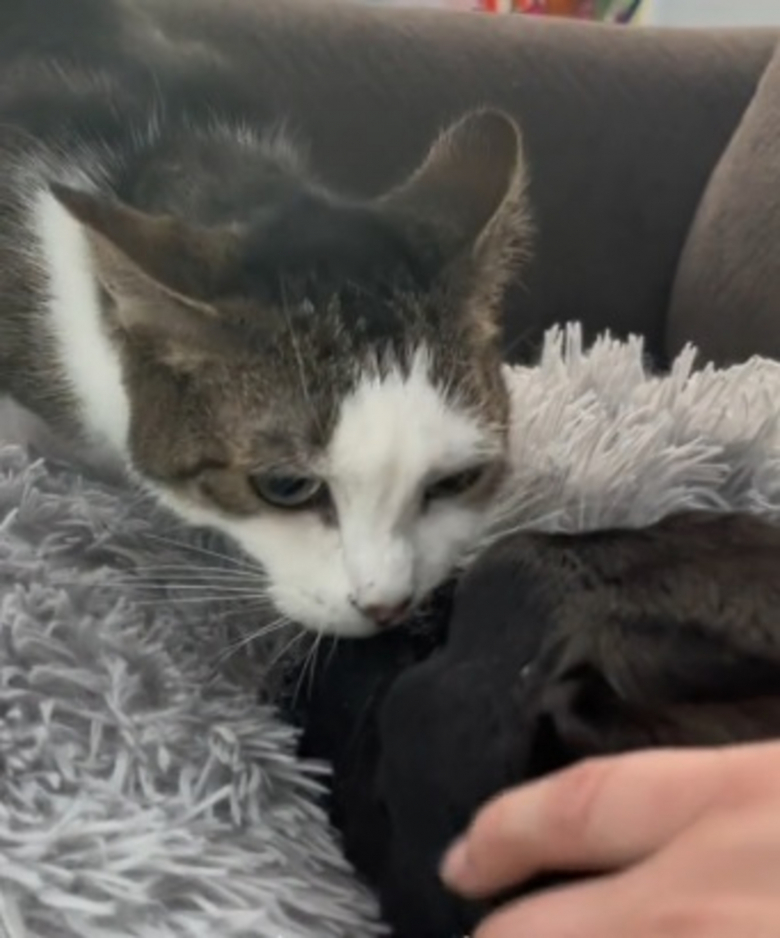 This one is called Erica Kutzing and is the vice-president of the association Strong Island Animal Rescue League, based in the New York county of Suffolk.

She had adopted Tye in 2011, when he was still a tiny puppy and had been rejected by his mother. The young woman considered him as her child and cherished him, to the point of having had a tattoo representing him on her shoulder.

He was also the best friend of Bunny, cat adopted, also by Erica Kutzing. The 2 quadrupeds were inseparable.

Alas, on August 23, 2022, Tye was to be euthanized. Age and illness had finally gotten the better of his health. That day, the dog was brought home to allow his whole family to say goodbye. “We will never recover”
In the video posted by Erica Kutzing on TikTok, Bunny is seen waiting behind the door for her mistress to let her into the room where Tye was. Motionless, it had been installed on the sofa.

The cat hastened to join him and began to gently nudge him, as if to reassure him and show him, one last time, how much she cared for him.

“We will never recover from this. We loved our boy so much, ”they said.